YouTube woodworking guru Matthias Wandel just posted this video about how he recently discovered that he can use his tripod as a simple DIY camera stabilizer for some casual filming. After doing some experiments with a DIY glidecam system, Wandel found that he actually got the smoothest shots by simply pointing the legs of his big and heavy Manfrotto tripod out and running around with his camera attached to it. 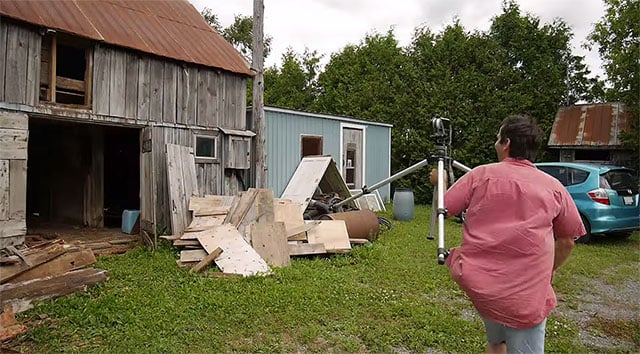 “So really there’s no need to buy a glidecam or a steadicam, or even build one, because you probably already have one — you just didn’t know it,” Wandel says.

Wandel does note that using a tripod in this way is a bit goofy and could be tricky if the legs get caught on things, so you may still look into a better solution for anything more than a casual project or emergency stabilization.

A Pregnancy Time-Lapse Through the Seasons