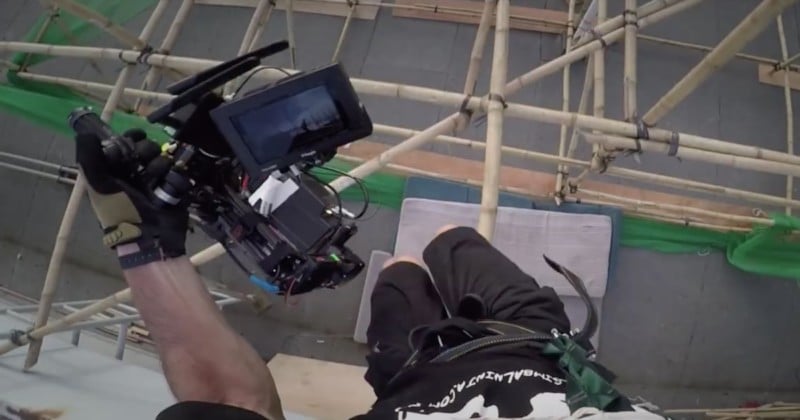 Part Parkour athlete and part cameraman, we already introduced you to the so-called “Gimbalninja”‘s skills last year. Now, watch as he helps capture a Nike ad by pulling some free-running stunts and filming at the same time.

The POV video below was captured during a Nike ad shoot, and it shows a few of the athletic feats required of the best gimbal operators. The scene with the bamboo scaffolding is particularly impressive; most people would be a bit skittish of doing that without handholding thousands in camera equipment and shooting at the same time.

In addition to the BTS, Gimbalninja also posted the director’s cut of the final ad, so you can see what those bits of captured footage ended up contributing to:

Working a steadicam has always been athletically challenging, but as stabilizing rigs and cinema cameras both get smaller, the shots get crazier and stunts more extreme. If you’re planning to work as a gimbal operator, you may want to consider join a gym… or your local free running/parkour group.

Why I Sold My Nikon D5 for the Fujifilm X-T2