Photographer Tanya Musgrave shoots weddings professionally, but she also dabbles with photo manipulation on the side as a hobby. A groom she worked with recently asked her to do a special Star Wars photo based on the Battle of Hoth seen in The Empire Strikes Back. So, Musgrave shot a special photo on the way of the ceremony and then did the rest of the magic in Photoshop.

The 3-minute video above is a time-lapse of the long editing process. 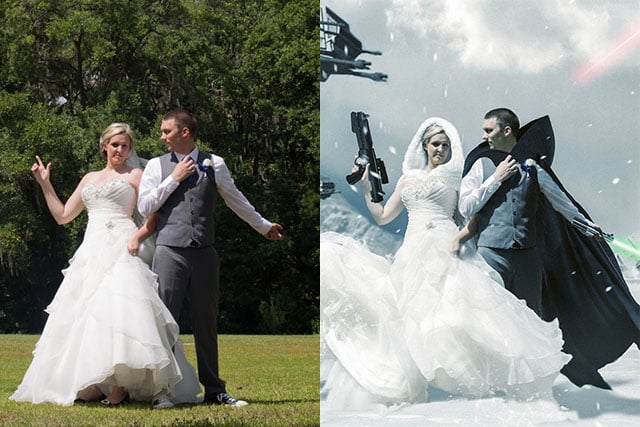 “We took the photo with the general concept in mind that she would have a gun and he would have a light saber, but that was about it,” Musgrave tells PetaPixel. “The process took about 12 hours, not including some fantastic input from some of my friends and extraordinerds. It was most amusing to be sure.”

Here’s the original photo that was shot: 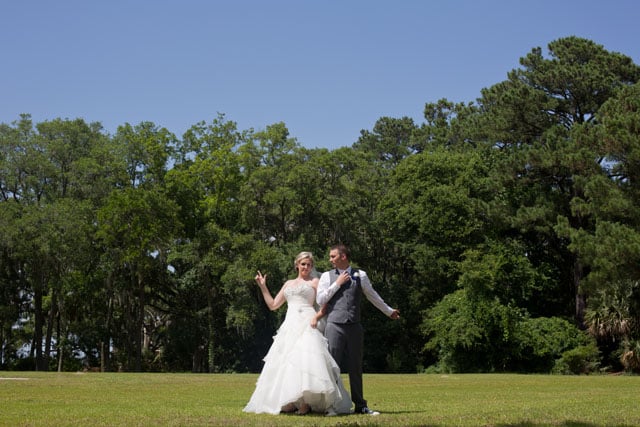 And here’s the Battle of Hoth photo that was delivered to the bride and groom (see it larger here): 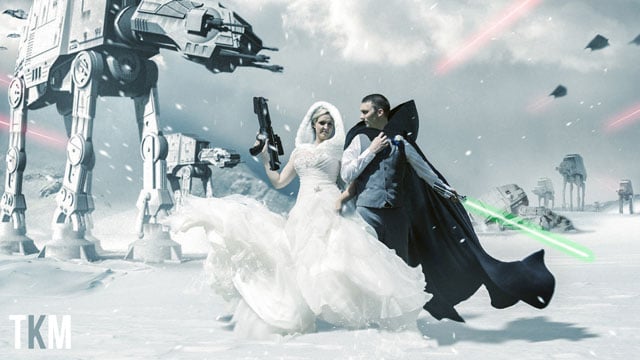 “It was probably the most fun I’ve had researching for a photo,” Musgrave says, “just because I know how passionate fans can be about this sort of thing.”

Image credits: Video and photos by Tanya Musgrave and used with permission

PSA: Flying Your Drone Too Close to Killer Whales Can Land You a Hefty Fine