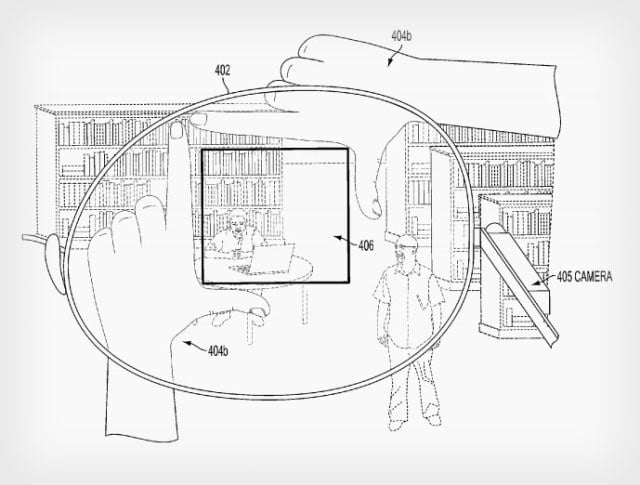 With Google’s first prototype version of its Glass head-mounted computer, users can take pictures by pressing a button on the side or by “OK Glass, take a picture.” In the future, composing a specific photo with Google Glass may be as easy as framing the shot with your fingers.

The document outlines a feature that detects a user’s hands in a scene and takes a picture if the hands are held in certain positions. The framing and shape of the fingers would determine the framing and style of the photo.

Fingers held straight up would take a picture photo. Fingers forming a box would capture a landscape shot. A ring created with fingers would result in a circular image. The resulting photo would essentially be a cropped view showing just the scene that was framed by your hands.

Back in 2012, Japanese researchers showed off a prototype camera that let you take pictures by framing scenes with your fingers, but that camera was physically attached to your finger. This Google feature would take the concept to a whole new level.

(via Quartz via Gizmodo)