Here’s a video in which Adobe’s Terry White shows how the new feature works:

The feature appears as a slider in both programs. 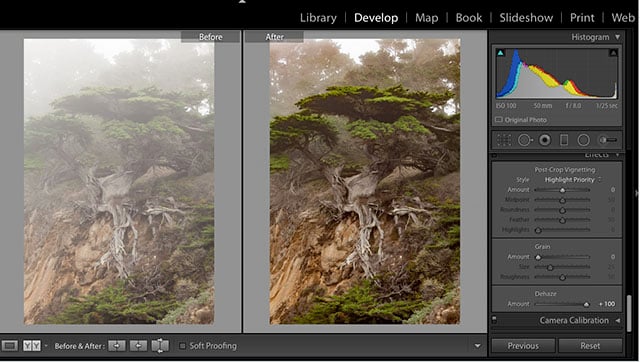 Here’s a before-and-after comparison showing what it can do: 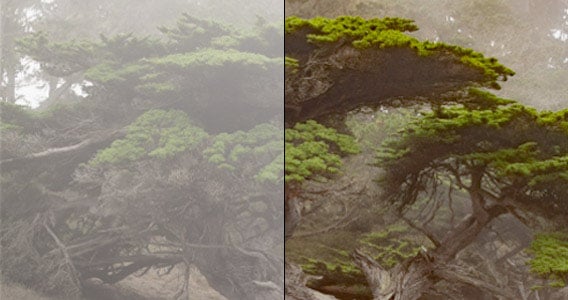 What’s interesting is that the slider can be moved in both directions from the original shot, meaning you can either remove or add haze depending on what look you’d like to achieve. 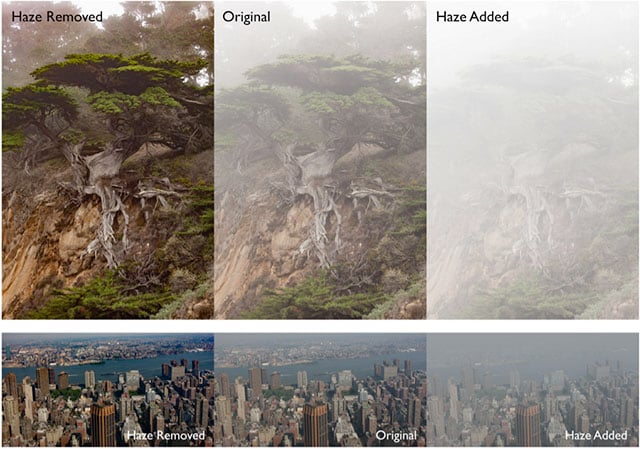 The feature “is based on a physical model that tries to estimate the amount of light transmission and how it varies across the picture,” Adobe writes.

Download the latest updates for Photoshop CC and Lightroom CC if you’d like to have the Dehaze feature at your disposal.