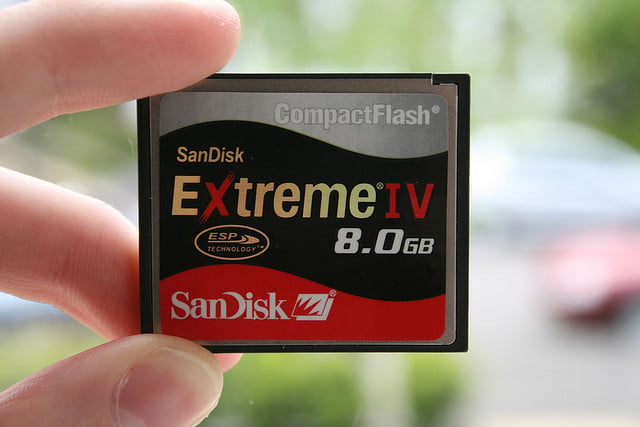 This past weekend, we wrote about how one photographer received a counterfeit memory card from eBay and lost a number of important photos when the card got corrupted during the first use. Afterward, we had an interesting email exchange with the eBay seller that shed some new light on this story.

The US-based seller, who goes by discountmemorysticks on eBay, was initially adamant that he sold the photographer a legitimate card that was purchased wholesale directly from Transcend. The seller informed us that he had already issued a full refund for the card, and was waiting for it to be returned.

But then a word caught our eye.

“I do have a few cards coming back to me, and in the event that they might be knockoffs I will contact Transcend with this concern and have them verify if these cards are authentic,” the seller wrote. “If not I will report the wholesaler that I purchased the cards from to them. To my knowledge they are 100% authentic.”

Whoa. Hold your horses. Weren’t the cards purchased directly from Transcend? So who’s this “wholesaler” you speak of? We asked the seller to explain who his supplier was for the cards.

“I ordered the cards from a site named Aliexpress.com and purchased them from a lady named (Kathy Chen),” he said in an email. “It was reasonable for me to think I was dealing with a representative of Transcend corp.”

Bingo. The seller was dealing with AliExpress, an online retail service owned and operated by Alibaba, the Chinese eCommerce giant that’s notorious for being a middleman for counterfeit wares.

It turns out the seller was just a guy who was trying to make some extra money by buying memory cards wholesale from China and selling it to photographers “at a reasonable price” on eBay. The guy genuinely thought he was ordering directly from a Transcend representative through AliExpress — and no doubt the rep was lying as part of this whole thing — and that his cards were legitimate and fantastic deals.

And that’s another little glimpse into why SanDisk estimates that 1/3 of “its cards” floating around in the world are actually knockoffs — sometimes the sellers at the end don’t even know!

Photographer Captures the Ruins of the Soviet Space Shuttle Program