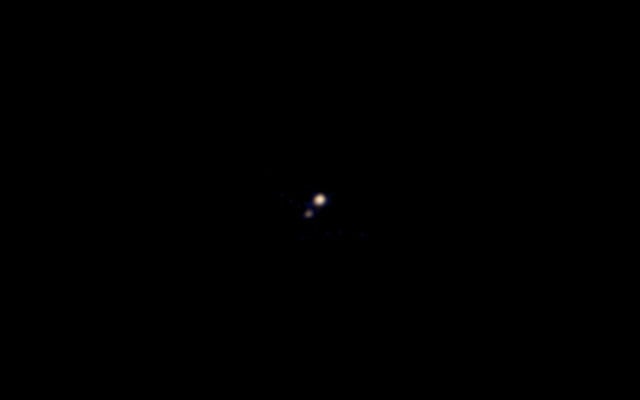 After a nine year journey towards the outer edge of our solar system, NASA’s New Horizons spacecraft has beamed back its first color photo of Pluto and its largest moon Charon. The photo above, captured “just” 71 million miles away from the dwarf planet, is the closest color photo ever made of Pluto.

As we reported last July, humankind does not yet have a clear photograph of Pluto — it’s extremely far away and relatively small. This is how the size of Pluto and Charon compare to the size of the United States: 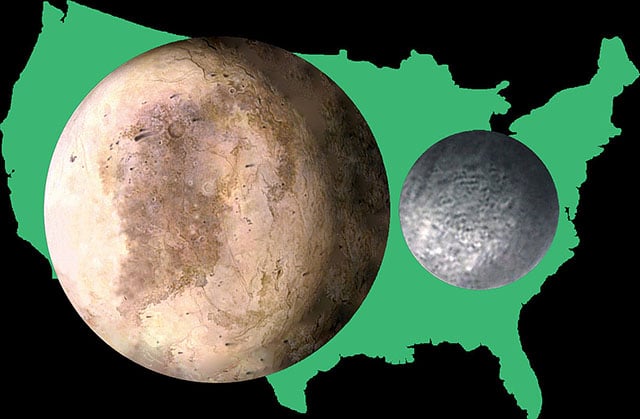 Here’s a closer crop of the image that New Horizons snapped: 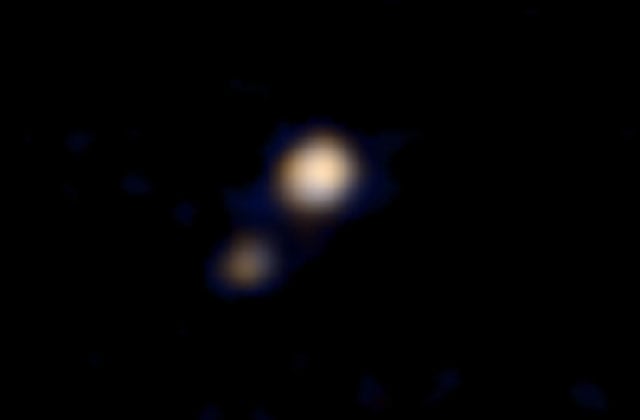 We will be seeing the first ever clear photographs of Pluto after July 14th, 2015, when New Horizons will capture color photos showing details of the dwarf planet as small as a few miles across. Then we’ll actually have an idea of what Pluto looks like, beyond fuzzy photos and computer renderings.

Every Frame a Photo: Black and White Moments on New York City Streets