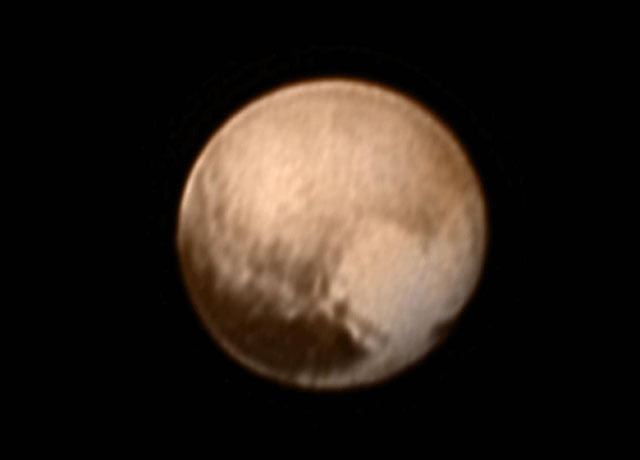 Prior to this year, humankind didn’t have a good idea of what Pluto looked like. NASA’s New Horizons spacecraft is working to change that. It has been steadily flying toward the dwarf planet over the past many months, and on July 14th, during a flyby, we’ll be seeing the first-ever clear photos of Pluto.

On July 7th, New Horizons snapped the above photo of Pluto from 5 million miles away, giving us the clearest view yet of what Pluto looks like. Back in April, we shared a previous closest-ever view that showed Pluto as a blurry dot, as seen from 71 million miles away.

Update: It turns out the photo above is already old news. Commenter Snikt points out that NASA just posted a photo showing both Pluto and its largest moon, Charon. It was captured from 3.7 million miles away: 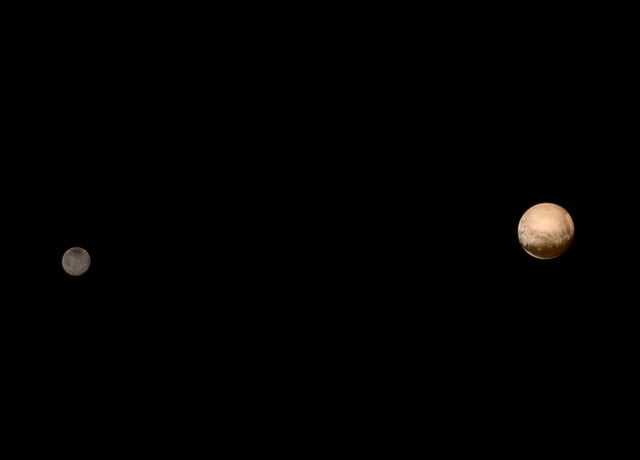