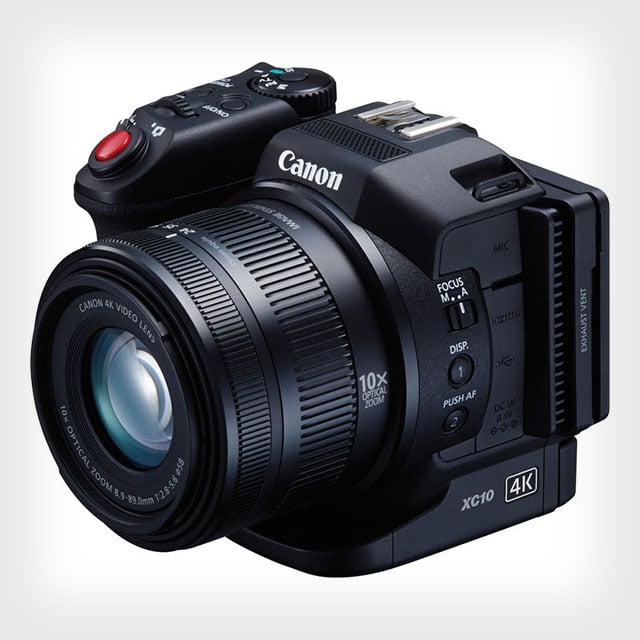 Canon has just officially announced its new 4K camera that has been rumored for some time. The new Canon XC10 is a digital camcorder that’s designed for both 4K video recording and 12-megapixel still photographs.

While Canon has been bringing serious video capabilities to its still cameras in recent years, this new camcorder is a step in the other direction: a video-centric camera that also captures serious still photos. In addition to capturing 4K video or 12-megapixel stills, users of the camera also have a third option: extracting still photos from video footage. A built-in function lets you pull 8-megapixel photographs from 4K video you record.

The camera is compact: it measures less than 5 inches in each of its dimensions (4.9x4x4.8 inches) and weighs 2.3 pounds when loaded with a battery pack and two memory cards. It’s a camera that can even be loaded onto a drone, Canon says. On the back of the camera is a tilting LCD touchscreen, and on the side is a rotating hand grip. Despite what rumors suggested, the handgrip does not appear to be a removable one. 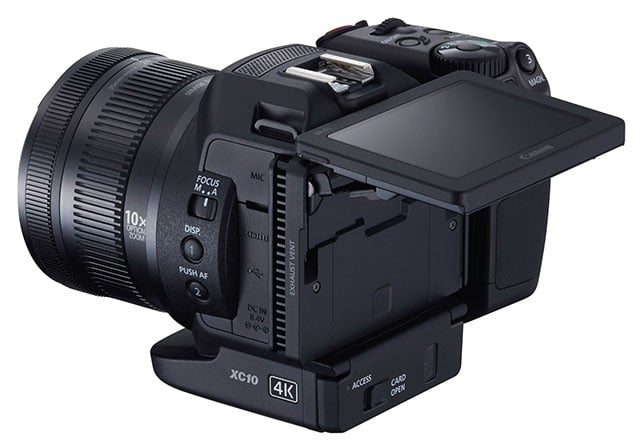 There’s also a viewfinder attachment that allows you to shoot eye-level and see things clearly in direct sunlight. Here’s a short video by Canon that introduces the XC10: