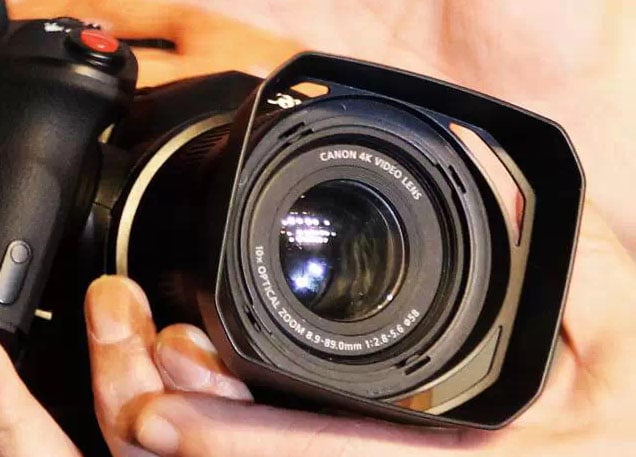 Late last month, at a press event in China, Canon showed off a glimpse of the 4K camera it’s planning to launch in the near future. At the time the camera was reported to have a 1-inch CMOS sensor, a fixed 10X lens (24-240mm equiv.), built-in W-Fi, and an external viewfinder. We’re hearing a few more details about the camera now as Canon gets it ready for an unveiling.

Canon Rumors is hearing from sources that the camera will have somewhere around 10 to 12 stops of latitude and will be able to shoot C-Log.

Based on the photos seen last month, we noted that the grip on the camera appears to have the ability to rotate. Canon Rumors is now reporting that both the handgrip and the viewfinder on the camera can be entirely removed from the body, leaving just the basic camera module and the fixed lens. 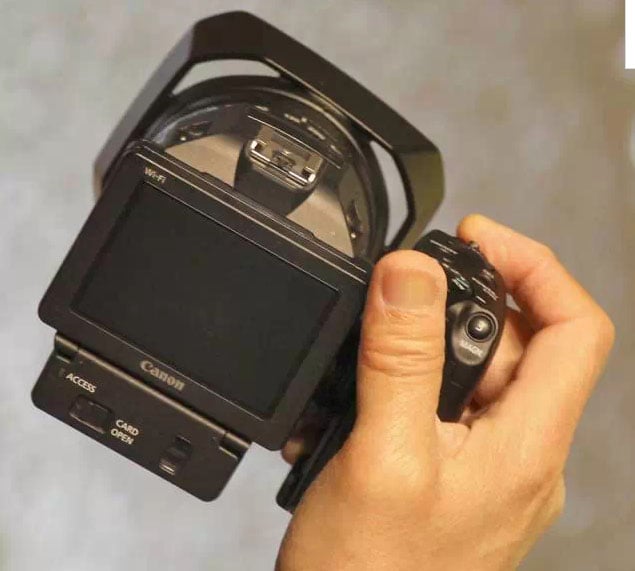 Phase One has already gotten into the serious aerial camera market with cameras like its 80MP medium format iXU 180, which costs a whopping $60,000. It looks like Canon’s gearing up to drop a big announcement on the camera drone market as well.

The company will reportedly be officially announcing this yet-unnamed 4K camera at the NAB 2015 show in Las Vegas, which kicks off next week on April 11th, 2015. Stay tuned.

A Quick Introduction to Shooting with a Tilt-Shift Lens