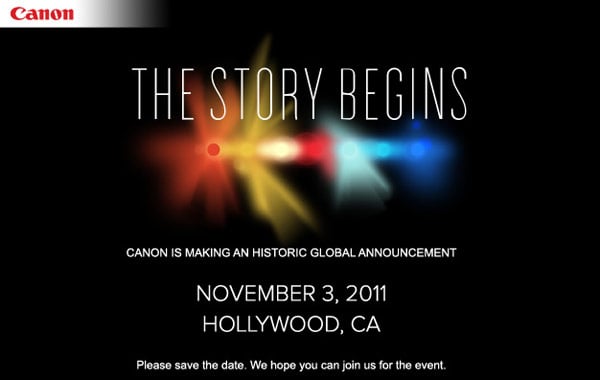 Canon sent out this teaser yesterday stating that it’s going to be making some kind of game-changing announcement on November 3rd. Since the location is Hollywood, it seems more likely that it’ll be some kind of camera for filmmaking rather than a mirrorless camera. Filmmaker Philip Bloom thinks it’ll be an EF and PL mount camcorder with a Super 35mm sensor (possibly offering 4K resolution).

While we’re on the topic of Canon announcements, TechRadar wonders whether Canon is planning to discontinue the Canon G series after the company unveiled the powerful PowerShot S100 yesterday. Perhaps the line will be replaced with a mirrorless camera series?

Time-lapse Road Trip: A Photo Every 90 Seconds from Seattle to Maine