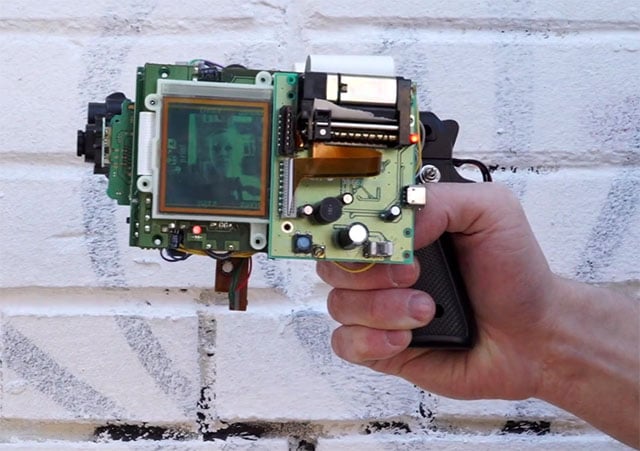 Moscow-based artist Dmitry Morozov has created a strange DIY camera unlike any we’ve seen before. It’s an 8-bit instant photo shooter created with an old Game Boy, a camera, a thermal printer, an Arduino board, and a gun.

Here’s a short video of the camera in action:

Dubbed the “gbg-8,” the camera is used by simply pointing the barrel at something and pulling the trigger. It captures a photo through the camera, displays it on the Game Boy screen, and sends it to the thermal printer where it’s printed on to receipt paper. 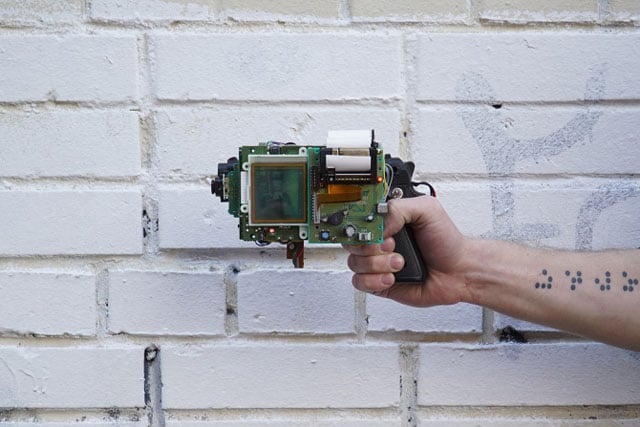 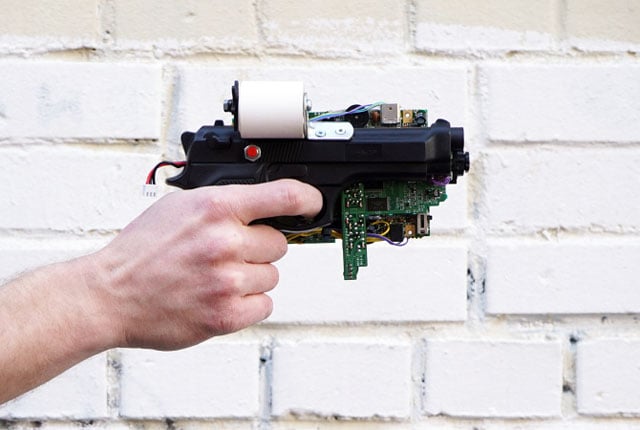 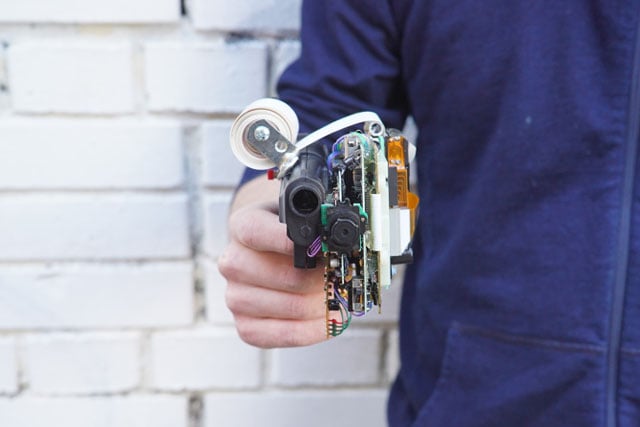 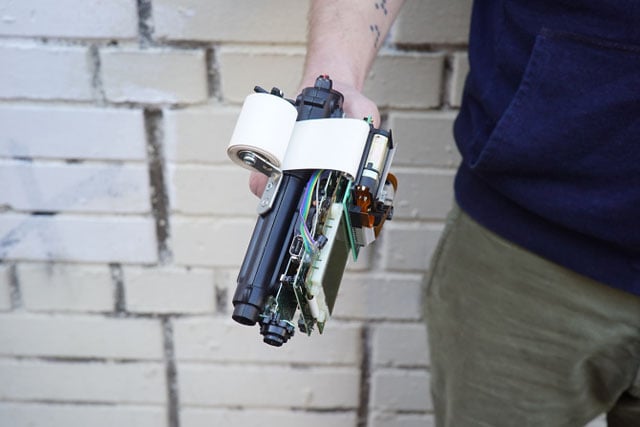 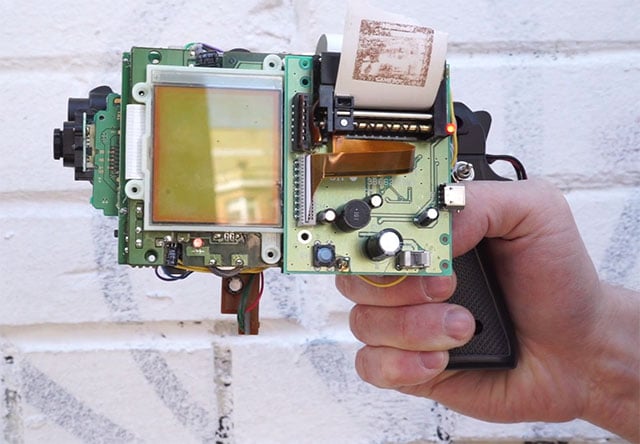 Last December we shared another thermal printing instant camera project called the PrintSnap. Neither that camera nor this one is available for purchase at this time.

Hike-Lapse: Man Walks the 2,600 Miles from Mexico to Canada and Snaps a Selfie Every Mile