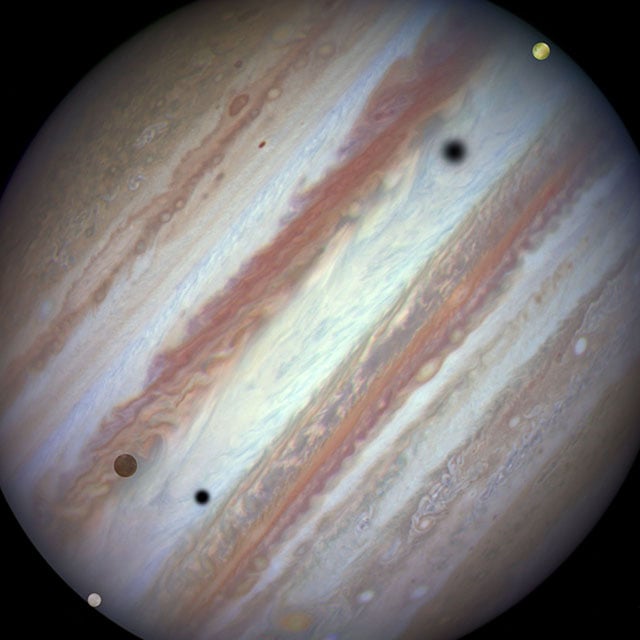 On January 23rd, 2015, there was a rare triple transit of Jupiter’s moons, during which observers here on Earth were treated with the sight of three moons crossing the face of the planet at the same time. This event happens only once or twice every ten years.

The Hubble Space Telescope was pointed at Jupiter during the triple transit and captured the beautiful photo above. It shows, from left to right, Europa, Callisto, and Io.

Here’s a time-lapse video that was created using image shot during the 40-minute event:

A week ago, we featured a guest post by photographer Ricardo Viera, who managed to capture his own time-lapse of this event using a scope and DSLR set up in his driveway in Denver, Colorado. Here’s what he created using less than $2,000 in gear:

Check out his in-depth tutorial if you’re interested in shooting this type of imagery with your own camera.

(via Hubble via Engadget)