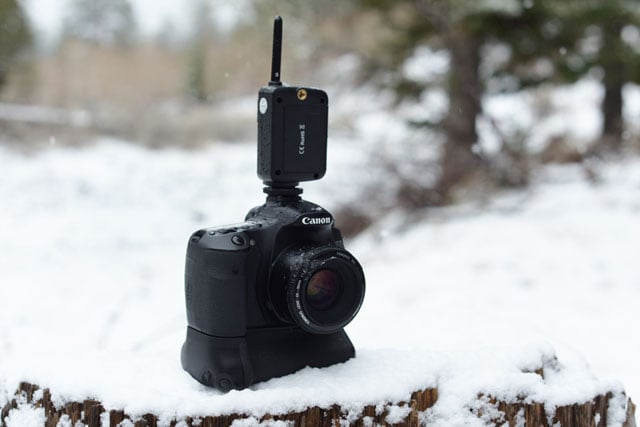 I was finally able to get the stars to align and get an outdoor session set up to test the new Yongnuo 50mm f/1.8. I booked an amazing model, Halie Jaye from Envy Model Management, and an equally fantastic makeup artist Carly Ryan. We decided to brave the frozen tundra of Mount Charleston outside of Las Vegas.

True, some of you may laugh at 36 degrees being “cold” for January, but this is Vegas, and it is. We were worried since it was rainy in town and since we didn’t know if the location was high enough for snow. Luckily for us, we hit elevation just 2 minutes prior to the location and we had some nice, slow snowfall. It was perfect.

Finally, it was time to take it out and put it through its paces in a scenario in which I like to think I can push it, and try to get some solid results. 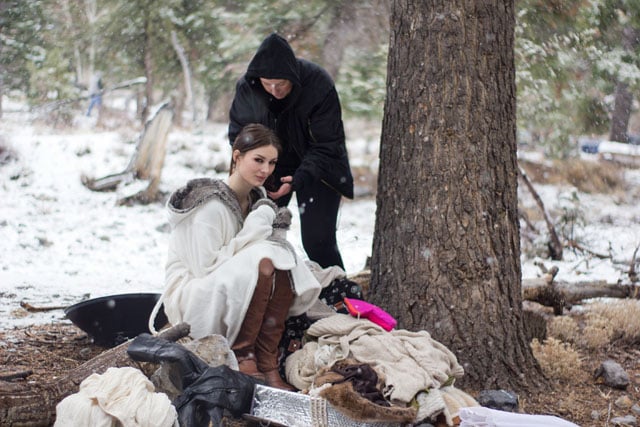 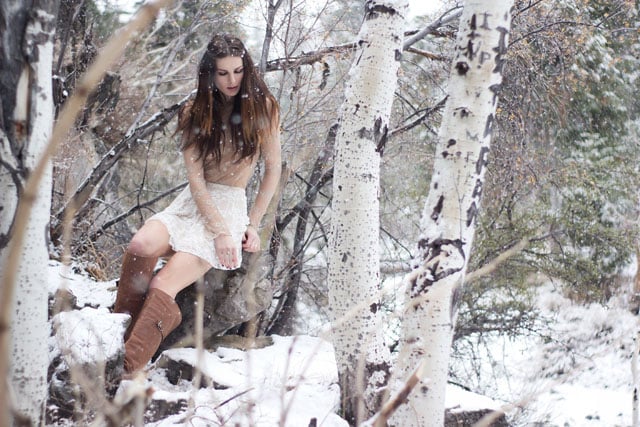 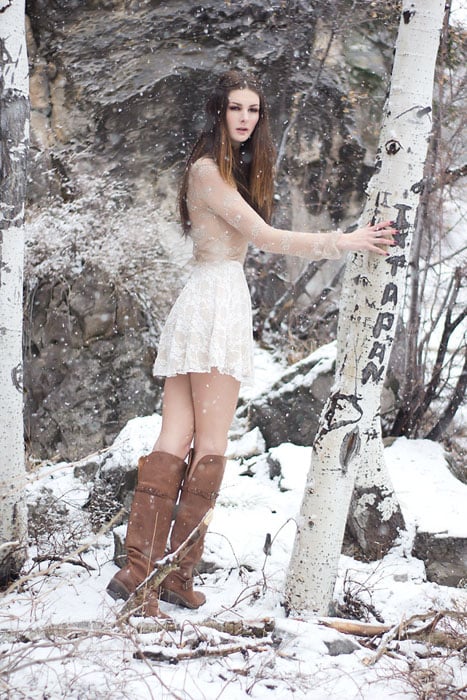 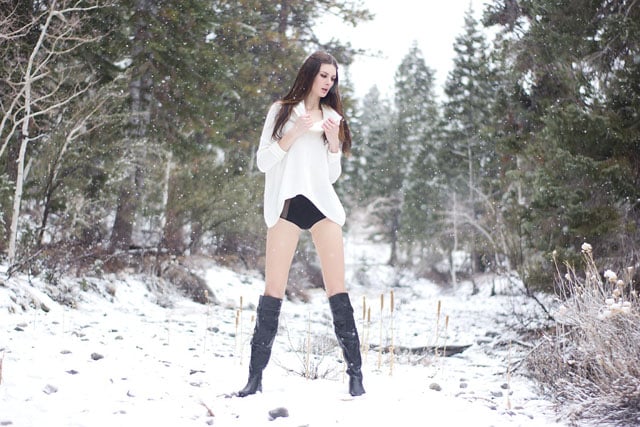 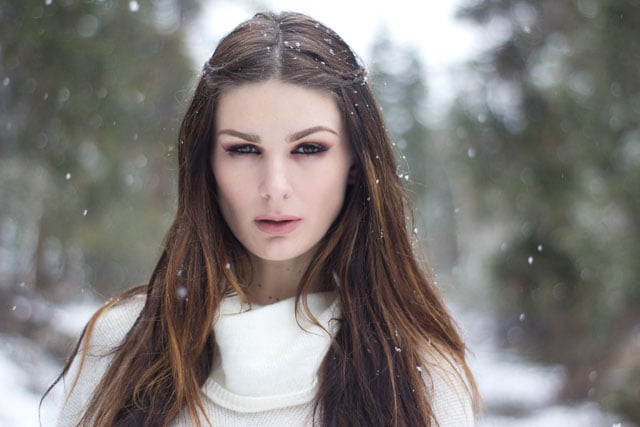 Take a look at that bokeh! It’s better than the Canon, in my opinion. 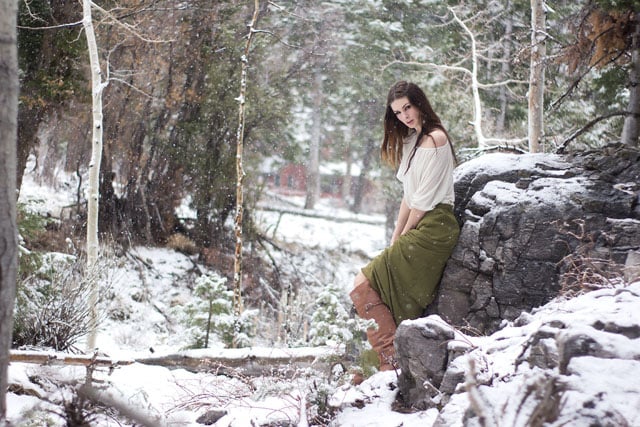 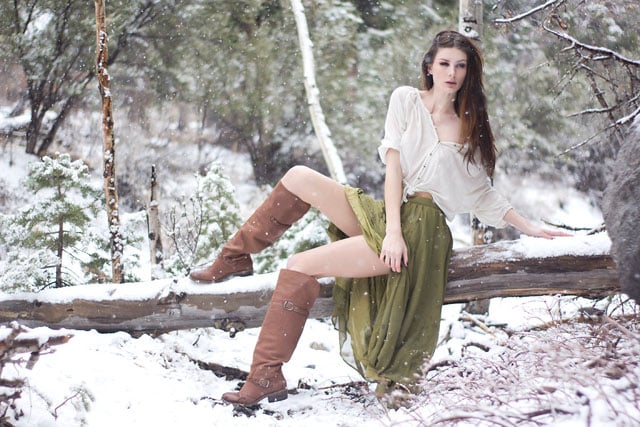 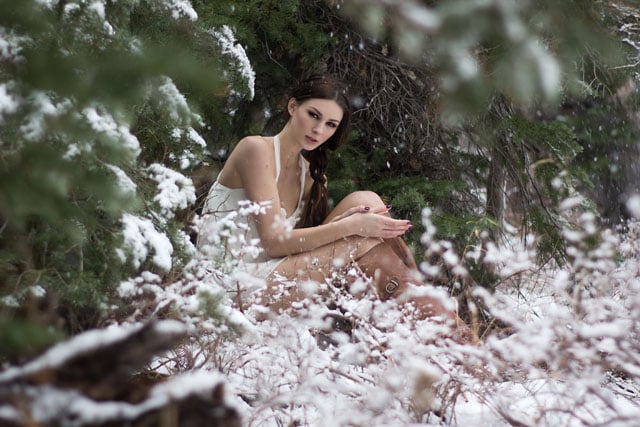 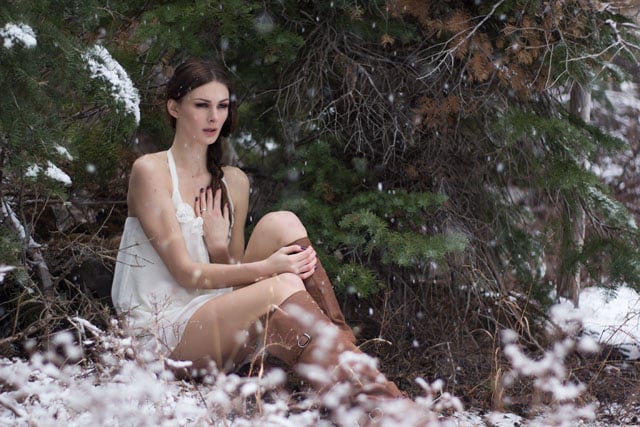 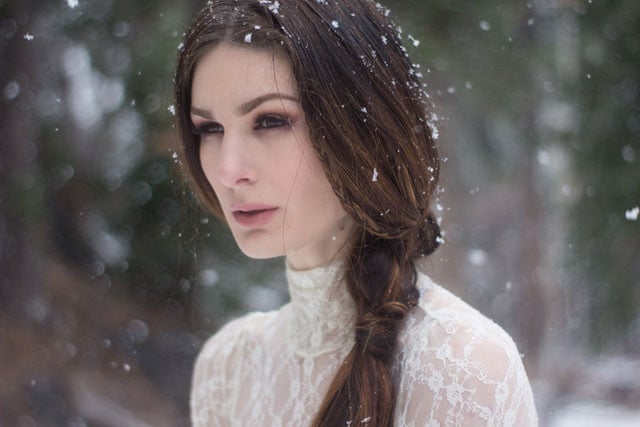 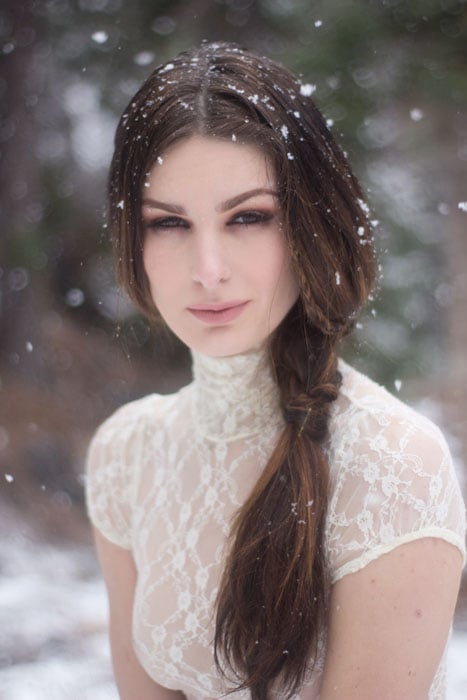 I’m glad the conditions were what they were. The lens spent several wet hours out in the cold and held up well. (Note: I did the other tests with a T3i and this one with a 60D. It’s the same sensor, processor, and IQ — I just prefer the thumbwheel, so I’m shooting with that now.)

All these images are pretty close to straight out of camera… I only made some minor adjustments to contrast and shadow transitions.

Focus was fast, accurate, spot on aside from those random moments of user error. Bokeh is as nice and as pleasing as you should expect from a lens of this caliber — there’s the occasional harshness around twigs on trees, but it’s no worse than the Canon and better (in my opinion) overall.

I have literally zero reasons to recommend the Canon over the Yongnuo, even if the Yongnuo were priced the same as the Canon (right now it’s $85 vs $125). It’s been great so far. All in all, it’s earned a spot in my kit.

About the author: Jay Leavitt is a hobbyist photographer who tries to push himself as far as he can go. With many budget constraints around him at times, he does what he can to not let them hold him back at all. Leavitt blogs over at Shooting on a Budget.

Selfies in Soccer: Players Are Snapping Self-Portraits as Part of Goal Celebrations