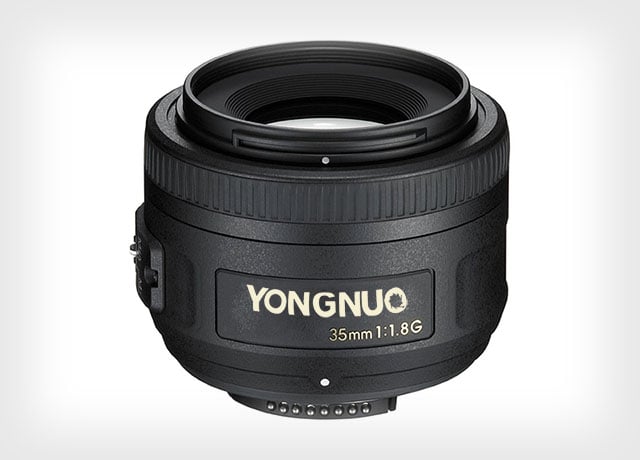 One of the big stories in the world of camera gear this past year has been Chinese manufacturer Yongnuo’s expansion into cheap clones of Canon lenses. While Canon shooters are buzzing about their new budget glass options, Nikon photographers have been wondering if Yongnuo will ever offer clones of their favorite lenses.

We’ve got the scoop that answers that question: Yongnuo will offer cheaper clones of Nikon lenses by the end of 2015.

A Yongnuo representative tells us that the company is definitely working on lenses for Nikon photographers, but any product launches will likely be near the end of next year.

The company is mum about exactly which Nikon lenses will be offered first, but it will most likely follow the current roadmap of Canon clones. Yongnuo has so far announced clones for the Canon 50mm f/1.4 and 50mm f/1.8 II.

Last week we published a couple of reviews in which the Yongnuo 50mm f/1.8 II was found to outperform Canon’s version in many regards. Yongnuo’s lens was initially priced at $41 on eBay, but now the price is hovering at around $60 due to increased demand. Canon’s official version costs $125.

Yongnuo also tells us that it will soon be launching a clone of the Canon 35mm f/2.

No word yet on whether the company plans to expand beyond Canon and Nikon. It may be some time before that happens, since the company is likely trying to pick the low hanging fruit first.

There’s also no indication as to whether Yongnuo might try its hand at copying pricier, more professional lenses such as Canon’s L lineup. Again, we’re guessing that’s not something we’ll see in the near future.