Simon Byrnes of The Pixelist operates a time-freezing camera array consisting of 140 Canon 1100D (AKA the Rebel T3) DSLRs. One client has been the UK show Got To Dance, for which the cameras are used to capture bullet-time sequences of dancers. During a period when the TV show was off air, Byrnes decided to have some fun with the rig and captured some shots that became the video above. It’s titled “The Timefreezers.”

You can catch a glimpse of the camera array in a few of the shots. The DSLRs are lined up along the edge of the stage and pointed inward: 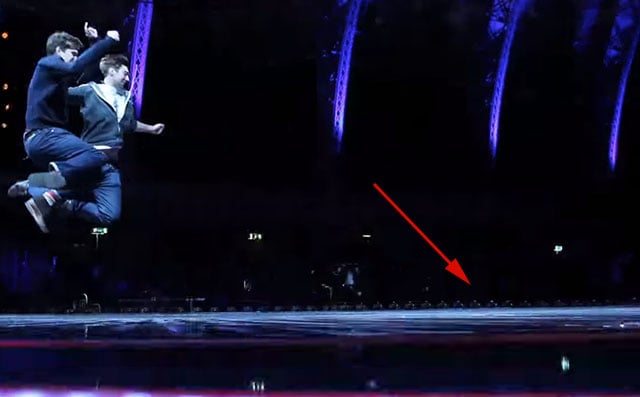 Here are some other examples of bullet time projects we’ve featured in the past.

Photographers: Be Careful Not to Tag the Wrong Santa Claus in Your Facebook Photos

Hackers Find that Fingerprints Can Be Stolen Through Public Photos