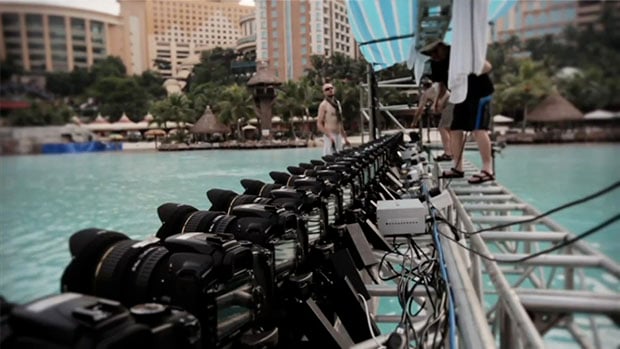 Surf wear maker Rip Curl recently teamed up with Timeslice Films for an ambitious project of shooting surfers in “bullet-time“, the effect that many people first saw in The Matrix. They used a crazy camera array of 52 Canon Rebel DSLRs in order to capture the same shot from 52 different angles, stringing them together for the final footage.

To see what they did, check out this awesome behind-the-scenes video they created:

Update: As many have pointed out in the comments, the cameras used were not 5D Mark IIs, but Rebels. Oops.