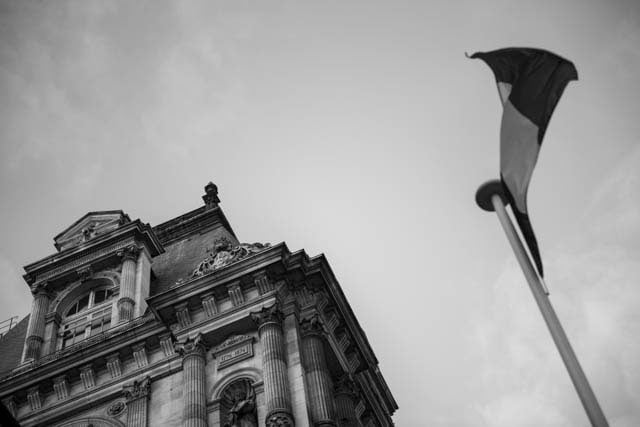 In an age where digital photography is ubiquitous, and post processing allows everyman to bump saturation levels and create hyper-real images, black and white photography seems like a curious anachronism.

Color film went mainstream in the 1930s with the introduction of Kodachrome, but black and white has stubbornly persisted not only in newspapers, but also as an expressive outlet for many photographers who choose to shoot photojournalism, weddings, portraits and more by converting color digital files to black and white.

Even Leica jumped on the (retro) black and white train by releasing the Leica M Monochrom in 2013 to a collective shrug of the Internet.

Recently, the “black and white challenge” has emerged on Facebook. Photographers call each other out to shoot and publish a black and white image for 30 days. For some, it’s a constraint meant to creatively inspire. To others, it’s a way to flex their past of shooting in black and white. Tintype studios and DIY kits are abound – a segment of consumers seems to believe in a certain authenticity that older methods and processes confer.

But is black and white a gimmick? Given that humans see in color, is converting a photo to black and white an act of self-importance? A way to make an image appear to be more significant than it otherwise might be in color? 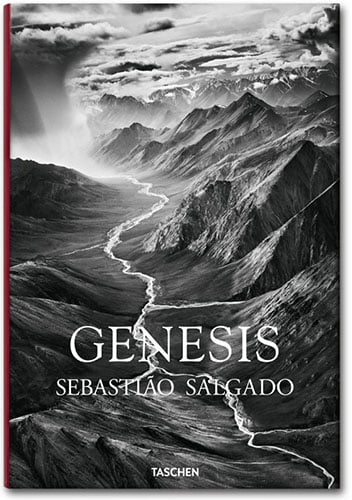 The Lies of Color

Renown photographer Sebastian Salgado only photographs in black and white nowadays. In an interview with Bryan Appleyard from the Sunday Times, Salgado exclaims that he never trusted the color in color film.

“I never see this red in my life.” Colour itself was a kind of lie. “It was a huge exaggeration — when I saw my colour picture, I was much more interested in the colour than in the personality or dignity of the person. How can I go to a person and make them my story, and I don’t feel the story in my photographs? Of course, black and white is an abstraction, but from the brightest white to the darkest black what you have is greys, and these greys are what I had in my mind when I took the pictures.”

The Elemental Nature of Black and White

Florida-based Chip Litherland suggests that there is a nostalgia around black and white:

I think there is a certain nostalgia to it that people long for as we’re bombarded with color and chaos every day in our lives. Something about it just mellows me out and gives me a different experience when reading a photo. Anything that gives the viewer a that experience will always be popular.

San Francisco Chronicle photographer Scott Strazzante suggests that the eye-catching nature of black and white must still contain a good photograph, or it is just a gimmick:

The use of black and white by professionals and serious amateurs is a way to cause viewers to pause momentarily while they are exposed to an endless stream of images on a daily basis….Once a photographer has caught the attention of a viewer, their monochromatic image must be content rich to keep their eye. The photographer can’t incorporate a red shirt or a yellow car to make up for a lack of interesting elements, so, the moment is that much more important.

We have all fallen in love with the beauty and power of black and white photography where everything is stripped down to the core; light, textures, contrast, tonality, mood and raw emotion.

And the legendary David Burnett agrees:

There is definitely something elemental in [black and white] which eliminates so many of the potential distractions (and wonders, alike) that color is all about. [Black and white] can reduce a scene to something more easily and quickly absorbed. It retains a kind of purity which we respond to without so much study. It will be interesting to see in 30 years if the people growing up with the ubiquitous color everywhere have the same feelings.

Color can be a distraction, and take away from the root of the story the photographer is trying to tell. Black and white photography draws the viewer in more quickly, and can tell a more compelling story because of this.

With the numerous mobile photography apps such as Instagram, Hipstamatic, Camera+, etc…it is easier than ever to quickly convert your photos to black and white.

There is a credibility and authenticity in the classic documentary black and white photography we all know from the FSA and Life Magazine photographers. I think it is ingrained in our psyche to trust and believe in these photographs.

This ingrained response is what led Strazzante to stop converting his work in post a few years ago.

Is It a Gimmick?

Strazzante’s Instagram feed is filled with black and white street photography, and he suggests, “photographing in black and white, like shooting with a tilt shift lens or with a camera phone, can be just another gimmick in a photographer’s bag of tricks.”

This is every photo I made in the 1980s combined into one. #sanfrancisco

But black and white has a practical function of creating visual cohesion for a set of images – particularly when a set of images is taken in vastly different lighting conditions and white balance temperatures. Strazzante points out that, “Most times, color is a distraction and keeps the viewer from examining other elements of a frame.”

For the documentary photographer, communication of the story is the key success criteria. The selection of black and white vs color is a tool that either advances or detracts from this success. Fitzmaurice says, “If I feel that the color is distracting or interfering with what I am trying to communicate, I may make the decision to go black and white. I try to choose the right tool to tell each story as effectively as possible.”

In the strictest definition (“a trick or device to attract attention”), black and white is a gimmick for many photographers. But unlike a tilt shift effect that might as well be a grease pencil circling a subject, the best photographers use black and white so that color doesn’t unnecessarily detract.

And even if we are aware of the nostalgia surrounding black and white, there is still something aethestically pleasing in a well-composed, properly exposed black and white image. Litherland sums it up, “For as much as I love color, there’s just something about looking at a black-and-white fiber print hanging in a gallery somewhere and taking in all the details of a photo grain-by-grain (or pixel-by-pixel) that make my soul happy and my eyes seeing differently.”

Getty’s New OS X App Lets You Browse, Share and Even Set Their Images as Your Desktop Background

Clark Little Offers Tips, Shows You His Bag, and Takes You In the Water in New Video Series