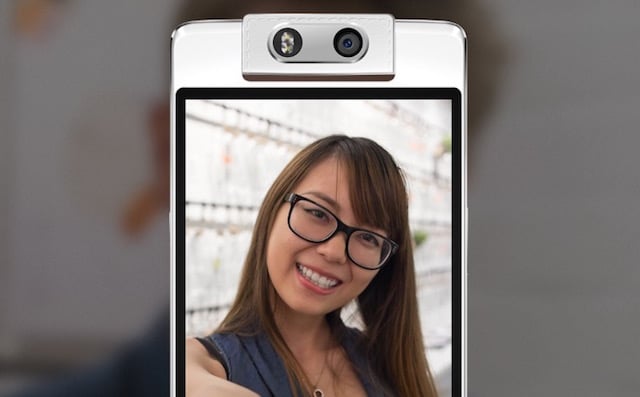 Oppo, the Chinese company behind some of the most unusual smartphones we’ve ever reported on, is back at it again with the N3. The successor to the N1 smartphone they released last September, the new N3 takes the lineup’s instantly recognizable swivel camera to the next level by giving it a motor.

Through a swipe gesture on the screen or a dedicated fingerprint sensor on the back, the 16-megapixel f/2.2 camera will automatically flip around, from a standard smartphone camera, to a selfie machine. 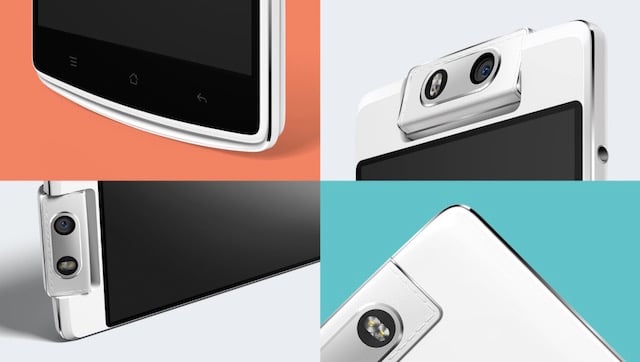 To that end, the N3 even includes a new ‘O-Click’ Bluetooth remote that lets you both control the angle of the camera and remotely trigger the shutter. The motorized swivel camera is useful for more than only selfies though. With Oppo’s built-in camera app, you can install an auto panorama plug-in that will allow you to take a panorama shot without ever moving the camera — a pretty cool and not at all narcissistic idea.

We could also see a similar plugin come in handy for shooting smooth panning time-lapses using just the smartphone. Beyond the updated camera, the only notable new feature on the N3 is the inclusion of the fingerprint sensor on the back, similar to Apple’s Touch ID.

From there, the N3’s specs are quite standard for any flagship smartphone nowadays, including a 5.5” full HD LCD screen, a 2.3GHz Snapdragon 801 quad-core SoC, 2GB of RAM, 32GB of internal storage and a 3,000 mAh non-removable battery.

Head over to Oppo’s website to learn more about the N3, and if you’re interested in buying one, it’ll be available starting this December for $650 off contract.

A Review of the Panasonic Lumix LX100’s 4K Photo Mode