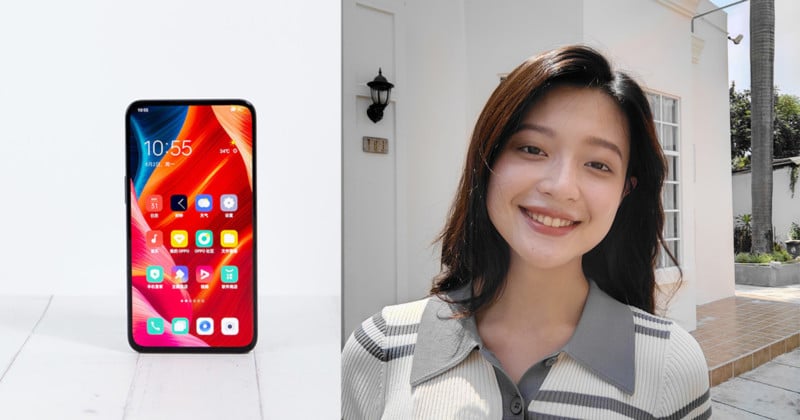 Several companies have been grappling with the physical issues that come with hiding a selfie camera behind a display, but Oppo seems to have cracked the code. Its next-generation under-display camera appears to have no distinguishable downsides when compared to one in a notch or hole-punch.

Oppo says that its new under-screen camera solution solves many of the technical and manufacturing-related challenges that have plagued manufacturers attempting for years. The company says that breakthroughs it has made have resolved issues like inconsistent display quality in the area above the under-display camera as well as the poor image quality that is caused by forcing a camera to shoot through a layer of display pixels.

The new technology uses several new innovations in structure design and artificial intelligence (AI) algorithms. Firstly, it uses what Oppo calls “innovative pixel geometry” to shrink the size of each pixel without decreasing the number of pixels to ensure a 400 pixel per inch (PPI) high-quality display even in the area right above the front-facing camera. It also uses transparent wiring in lieu of the traditional screen wiring with what Oppo calls an “innovative” new material. The company has also reduced the width of the wiring by 50%.

Oppo also claims it has improved the control of the screen’s color and brightness:

“In contrast to the current industry standard of using 1-pixel circuit to drive 2 pixels (“1-to-2”) in the screen area above the camera, OPPO has introduced a new solution using proprietary screen technology, with each pixel circuit driving only 1 pixel (“1-to-1”),” the company says. “When combined with OPPO’s precise algorithmic compensation technology, this allows the chromaticity and brightness of the entire screen to be precisely controlled with a deviation of about 2%.”

Oppo says that this improved control also improves the reliability and lifespan of the display, improving its expected life by up to 50%.

The camera itself was developed in tandem with a series of imaging AI algorithms including diffraction reduction, HDR and auto white balance to reduce the negative effects that are usually found with under-display cameras. The AI has also been trained to reduce diffraction and the result looks as though there is no screen in front of the camera at all.

For now, the technology is only part of prototype designs. While other companies have already implemented under-display cameras with lackluster results, Oppo appears to be the first to claim it has developed a camera that exists under a display that has no discernable, visual downsides from those that are housed in a notch or a “hole punch” that are ubiquitous in smartphone displays today.