Sony today announced the new IMX224MQV 1/3-inch 1.27MP CMOS sensor, which is said to have the world’s highest level of sensitivity for any sensor in its class. But before you get excited about that night vision point-and-shoot you’ve been wanting, you should know something: it was designed specifically for use in automobile cameras.

The new sensor is capable of capturing high-res color images in as little as 0.005 lux, which is roughly equivalent to a moonless night with some star light. And while the resulting image at such low light isn’t acceptable by photography standards, it gets the job done for what it’s designed to do. 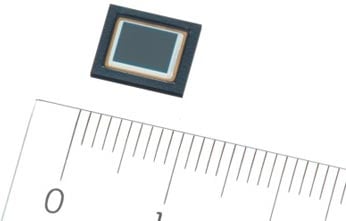 The low-light capabilities among many other robust features ensure the sensor meets AEC-Q100 reliability tests, letting Sony put its foot into the automobile camera market — one which is growing immensely as more automated vehicle systems are coming to rely on cameras to keep their drivers safe.

Samples of this sensor are set to go out next month, with mass production set to begin in December of this year, and even though we probably won’t see this in the a7S Plus, who knows where this sensor will inevitably end up.