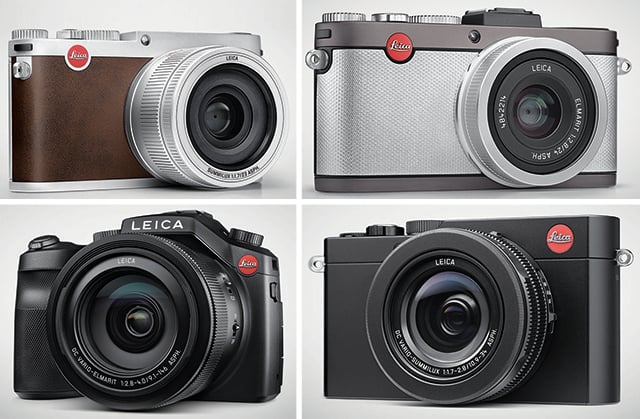 Today has been all Leica at Photokina, and we’re not even done yet. Beyond the new big guns in the S-series, the LCD-less digital rangefinder and the all-mechanical M-A film rangefinder, Leica also improved its compact camera lineup with a number of new additions.

If you boil a compact Leica camera down into its purest form, you’ll likely end up with the Leica X, one of its newest unveilings at Photokina. The simplistic camera comes in two flavors — black or silver — and features a 16.3-megapixel APS-C CMOS sensor that’s also capable of recording 1080p video at 30 frames per second. In front of the sensor is a Leica Summilux 23mm (35mm full-frame equivalent) f/1.7 lens. 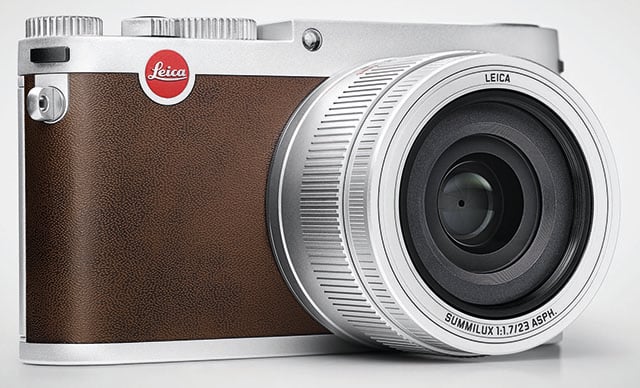 The camera features full manual controls, with a dedicated shutter-speed and aperture dial atop the camera, and is capable of shooting up to 12,500 ISO and cranking out 5 frames per second as either JPEGS or DNGs. Conspicuously lacking a viewfinder, the 3.0-inch 920k-dot wide-angle LCD screen on the back will be how you compose your images.

The Leica X includes a built-in flash for when you need it, and a dedicated hotshot for those times when you need more power than that little strobe can provide.

The camera is currently up for pre-order at B&H in both black and silver for $2,300.

Similar in nature to the Leica X, but set apart through a number of features, design and price, the Leica X-E is yet another new compact released today. 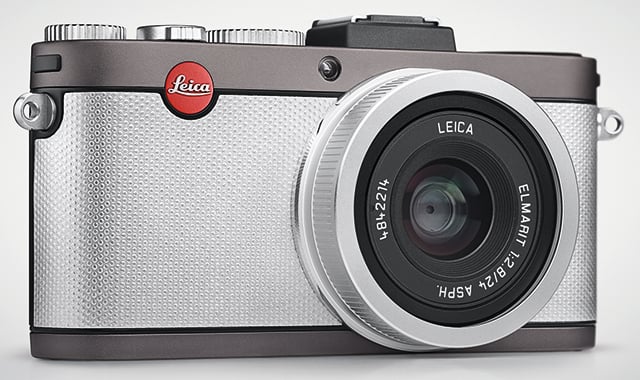 The camera features the same 16.2-megapixel APS-C CMOS sensor that can shoot up to 5 frames per second at a max of 12,500 ISO, but lacks the video capabilities of its Leica X counterpart. An additional difference is the inclusion of a 24mm f/2.8 Leica Elmarit lens, which still gives you the 35mm full-frame equivalent angle of view, but isn’t quite as fast.

The Leica X-E features full manual controls through the use of the same shutter speed and aperture dial the Leica X features. However, rather than a 3.0-inch LCD screen on the back, the Leica X-E’s screen is only 2.7-inches in size.

It too features a built-in flash and dedicated hotshoe. However, it’s worth noting the hotshoe of the X-E isn’t flush with the camera’s body, making it stick up above its minimal form-factor.

If you enjoyed the announcement of the Panasonic LX100 but want to up your street cred with Leica’s signature red dot, the Leica D-LUX (Type 109) camera is just for you. 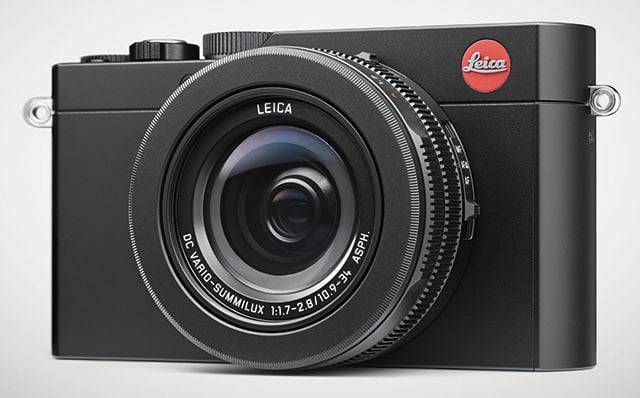 We could just link you back to our coverage of the LX100, considering they’re they exact same camera, albeit with different façades, but for the sake of easy reading on your part, we’ll summarize the D-LUX here.

The D-LUX packs in a Micro Four Thirds (MFT) sensor inside its simplistic frame, capable of capturing 12.8-megapixel stills and 4K video at both 24 and 30 frames per second. To ensure the impressive sensor is capturing the best image possible, the glass in front of it is Leica’s own Vario-Summilux 24–75mm (35mm equivalent) f/1.7–2.8 lens.

Similar in name, but different in almost every other regard, the Leica V-LUX is a diverse little camera capable of putting out some impressive images thanks in part to the impressive Panasonic MOS (metal-oxide-semiconductor) sensor it packs inside. 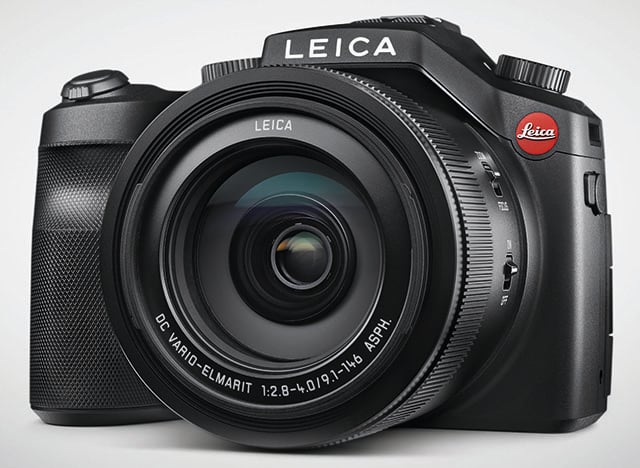 Not only is it capable of capturing 20-megapixel still images at up to 50 frames per second when using its electronic shutter (12fps when using the mechanical shutter), but the V-LUX can also capture 4K resolution MP4 footage at 25 frames per second.

To keep those images looking pristine, the V-LUX features a Vario Elmarit 25–400mm (35mm equivalent) f/2.8–4.0 lens, which equates to 16x optical zoom. The display on the back is 3.0-inches in size and stuffs 920K dots into a tiltable package.

Despite the considerable boost in specs over its D-LUX counterpart, the V-LUX actually doesn’t cost much more. You can currently pre-order the Leica V-LUX on B&H for $1,350.