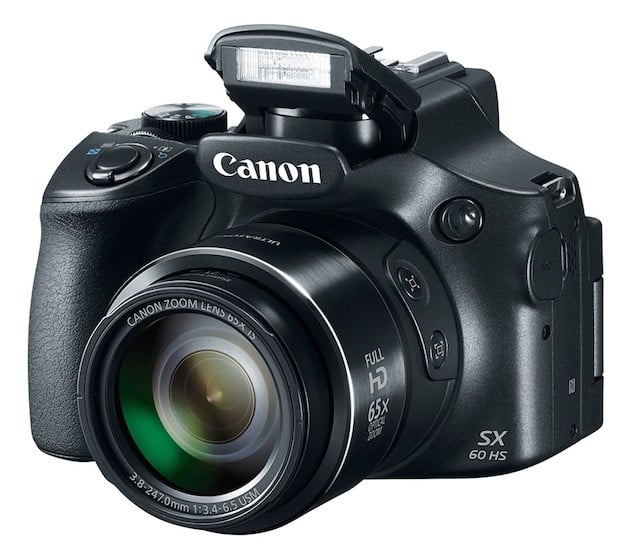 Whether you’re looking for ridiculous reach or social-friendly, strangely-shaped cameras, Canon’s got you covered today with the last of its camera announcements from Photokina. Not as exciting as the Sony-competitor G7 X or the long-awaited 7D Mark II, the two other point-and-shoots Canon debuted are nevertheless interesting additions to the family. 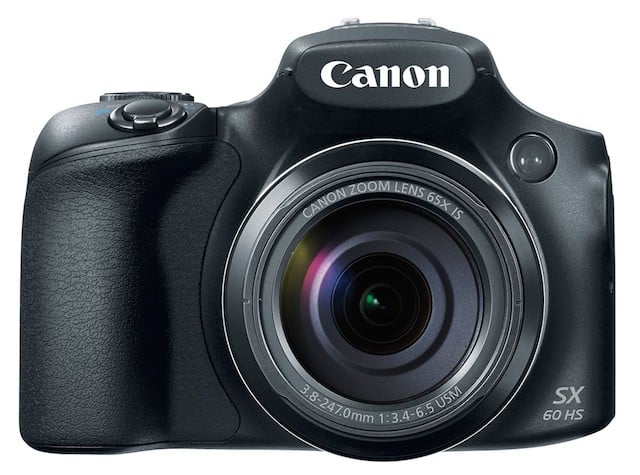 Do you need to zoom in far? We mean REALLY far? Like 65x optical zoom far? Because if so, Canon’s got you covered with a new bridge camera that makes lesser bridge cameras quake at the sheer reach of its lens.

In order to handle all that reach, the SX60 also sports Canon’s ‘Intelligent IS’ that will automatically select one of eight stabilization modes for blur-free stills, and an ‘Advanced Zoom Framing’ feature that will keep track of your target as you zoom so you don’t lose sight of them. 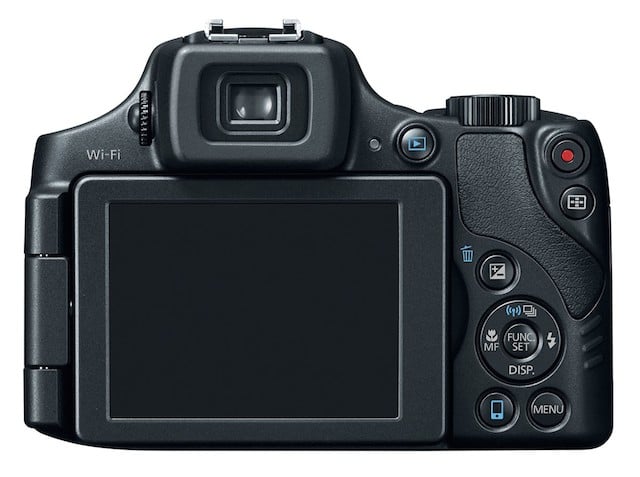 Set to hit shelves in October for $550, you can already preorder the SX60 HS over on B&H Photo. 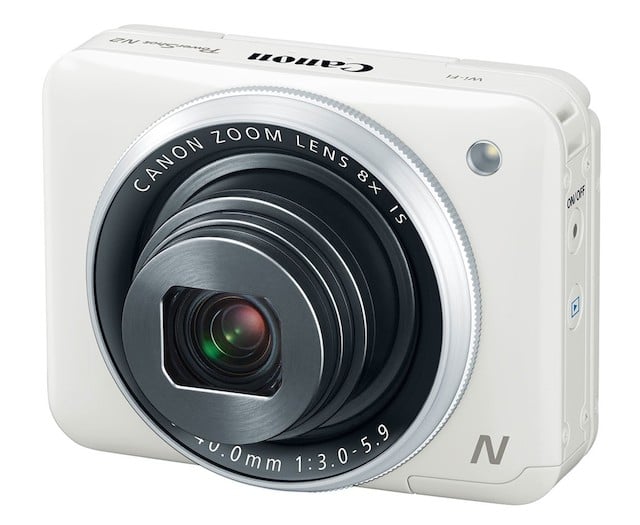 The last and, frankly, least of the cameras that Canon debuted today was the followup to its oddly-shaped PowerShot N, the more capable but still square N2. It seems the N100, which is set to remain on the market, was not indicative of Canon stepping back from the square camera gambit.

The N2 features a new 16.1MP CMOS sensor backed up by the powerful Digic 6 processor. It sees the world, or in this case you and your selfie-enthusiast buddies, through a 28-224mm equivalent 8x f/3.0-5.9 lens, boasts improved image stabilization and sports a 461k-dot 2.8-inch touchscreen that articulates 180 degrees for those much-loved arm’s-length self-portraits.

Releasing the shutter can be done from the ring surrounding the lens, facilitation selfie-taking from any angle, and WiFi and NFC both come built-in to the social-focused square shooter. 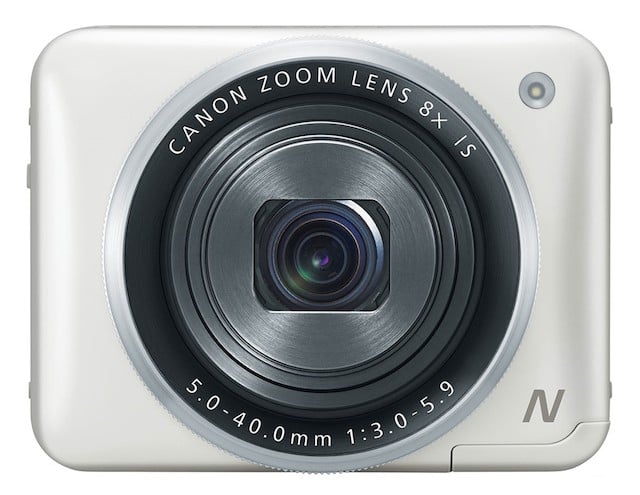 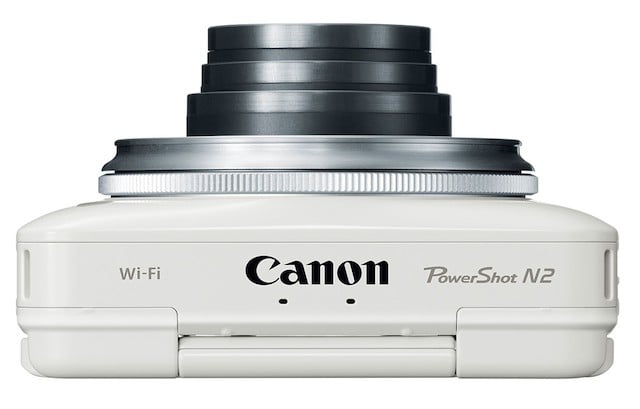 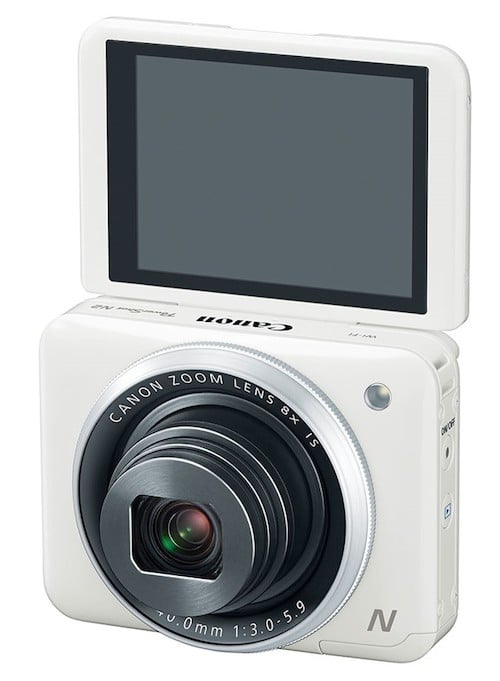 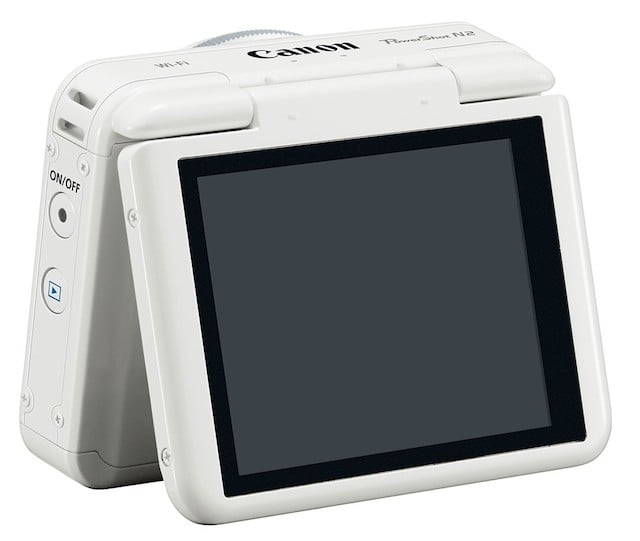 The PowerShot N2 is still a little ways away. It will arrive in December for $300, but anybody interested can pre-order either the black or white versions now by following the corresponding links.