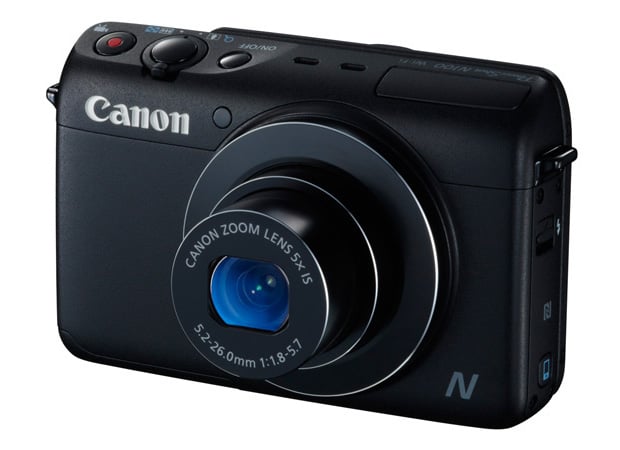 We’ve said it before, but it bears mentioning again: smartphones might be bludgeoning the compact camera market, but that doesn’t mean camera companies aren’t putting up a fight. Fuji’s new superzoom lineup is kind of a case in point, but a better example are the three new point-and-shoots just released by Canon.

The three new cameras are the SX600 HS, ELPH 340 HS and N100, and while the first two are pretty bland as these things go, the last one has a couple of interesting features. First, let’s get the 340 and 600 out of the way. 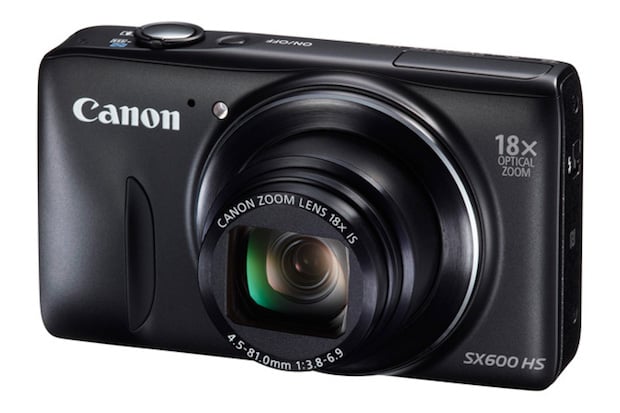 The SX600 HS is a compact camera with a solid optical zoom range and social sharing features that are meant to entice you away from the smartphone in your pocket.

The camera eschews the manual modes frequently found in Canon’s SX model PowerShots in favor of a beginner-friendly automatic experience complete with the Creative Shot mode debuted in Canon’s square-shaped N camera. When in this mode, the camera takes 5 different pictures with different crop and filter combinations.

Inside, you’ll find a 16-megapixel BSI CMOS sensor, DIGIC 4+ processor, 18x 25-450mm f/3.8-6.9 lens, 3-inch 461k-dot LCD and built-in WiFi and NFC so you can transfer photos to your smartphone or tablet of choice. Also notable is the Hybrid Auto mode that records four seconds of video before each still photo. The ELPH 340 HS is basically the same camera as the SX600, only with less zoom capability and a smaller price tag.

Inside you’ll find the same 16-megapixel sensor, Digic 4+ processor, 3-inch 461k-dot LCD and built-in wireless capability. It also sports the same automatic modes to make shooting a breeze. The only real difference is that instead of 18x zoom, you’ll be peering out at the world through a 12x 25-300mm f/3.6-7.0 lens. Still, not bad zoom range for an ultra-compact shooter. 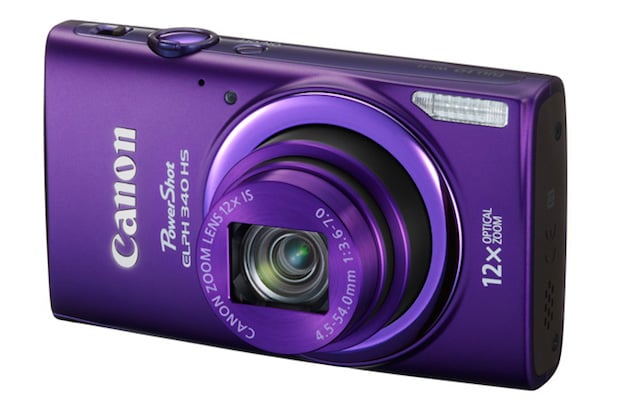 Finally, the piece de resistance… at least when it comes to the PowerShots announced today. The N100 is the followup to the strange PowerShot N camera that Canon debuted at the beginning of last year. Like its predecessor this one has social sharing built into its DNA, but there are a few new notable features.

The first thing you’ll notice is that the square form factor is gone in favor of a more typical point-and-shoot shape. Next, you’ll probably notice the rear facing camera that, as far as we know, is a first for a compact camera like this.

The idea is that while you take a photo of your friends, the rear-facing camera takes a photo of you which it then embeds into the original image. Not a new idea, but certainly the first time we’ve seen a major company take a swing at it. 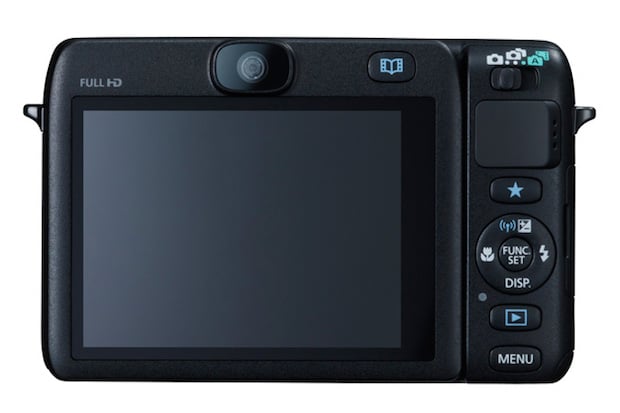 Finally, one last notable feature is the Story Highlights mode, which can automatically create a movie up to two minutes long by combining stills and video clips from your memory card.

Shooting the Rolling Stones with the ‘Best Pocket Camera Ever Made’