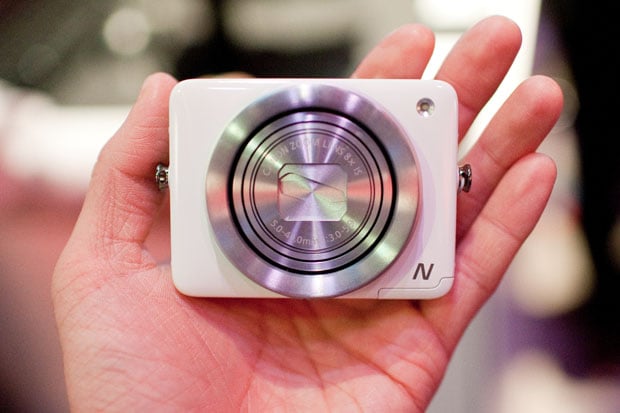 Canon’s attention grabber at this year’s CES 2013 is a new compact camera designed to fight against the encroachment of smartphones: the PowerShot N.

The little guy is unlike most point-and-shoots you’ll find on the market. It’s extremely small, square, and simple. The design may seem gimmicky at first, but pick it up in your hands and your opinion might change. 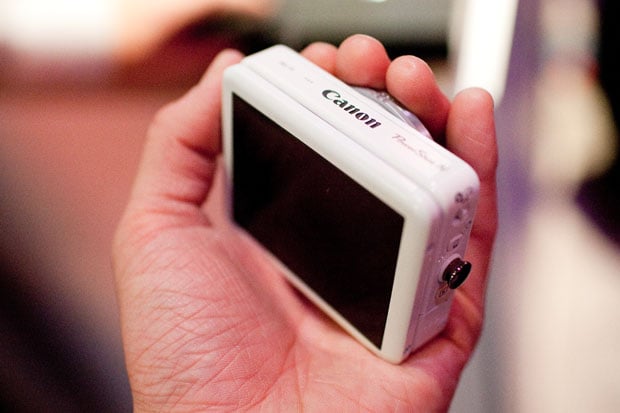 It seems like a camera that required a good deal of thought to design. Some might even call it “Apple-esque.” The thing even resembles an oversized iPod Nano (the square kind).

The uber-compact body looks and feels nice in the hand, and can easily be carried around in your pocket without causing too much of a bulge. It’s light, and won’t weigh you or your bag down if you carry it around everywhere you go. 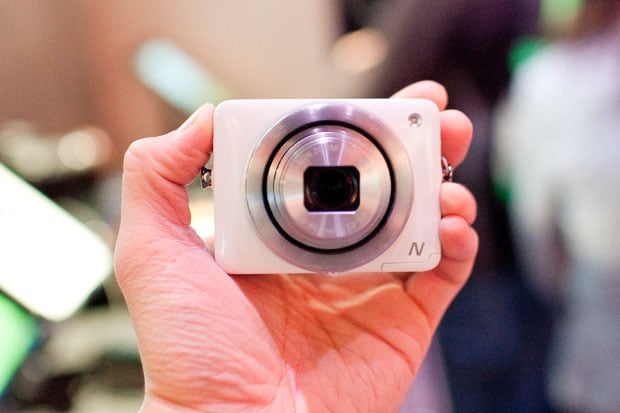 It’s a camera that’s just as compact as a smartphone, but offers nice advantages: a longer-reaching optical lens and a larger sensor are two of the main ones.

The camera hides its size very nicely when it’s off and tucked away. When you turn it on, it expands in a couple of different directions. First, the lens extends out of the body when you turn it on, and extends even more when you zoom into the scene. There isn’t a separate zoom control like you’ll find on most compact cameras — the zoom mechanism is the outer ring of the base of the lens. Turn the ring, and the lens extends (by wire, not mechanically).

The screen on the back and also be tiled to a 90-degree angle, making the camera a versatile one in terms of how you use it. Bring it low, above your head, or to the sides, and there’s a way you can tilt the screen and the camera in order to shoot in that orientation. 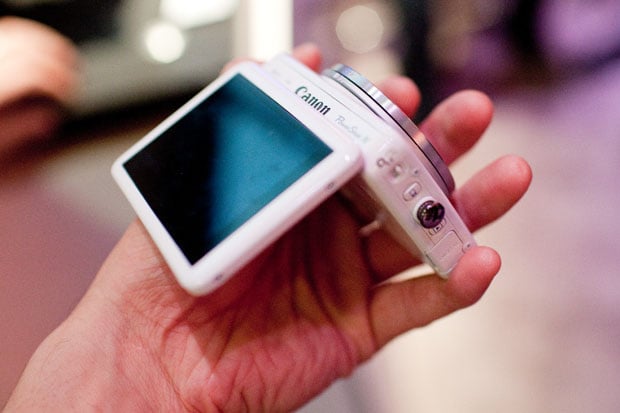 If smartphones didn’t exist, this camera would be a great option for consumers how want a highly portable camera for casual snapshots — assuming the image quality turns out to be reasonably good. 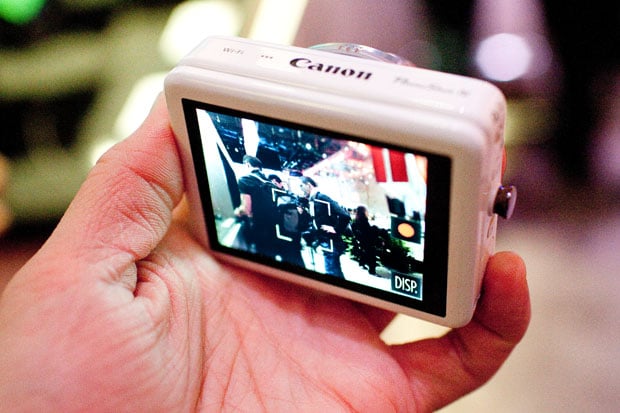 Unfortunately for Canon, smartphones DO exist, so the question will be whether the general public is still willing to shell out $300 and carry an additional gadget in order to document their daily lives. If so, Canon may have a winner on their hands.

The Canon PowerShot N will hit store shelves in April 2013.

Floral Fireworks: A Simple Yet Beautiful Time-Lapse of Flowers Blooming