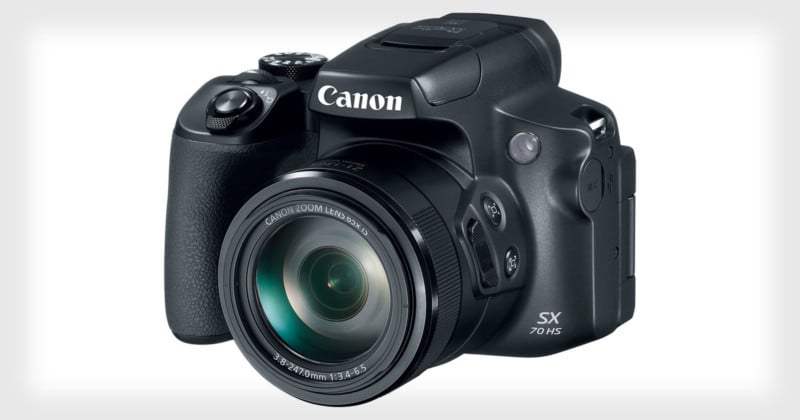 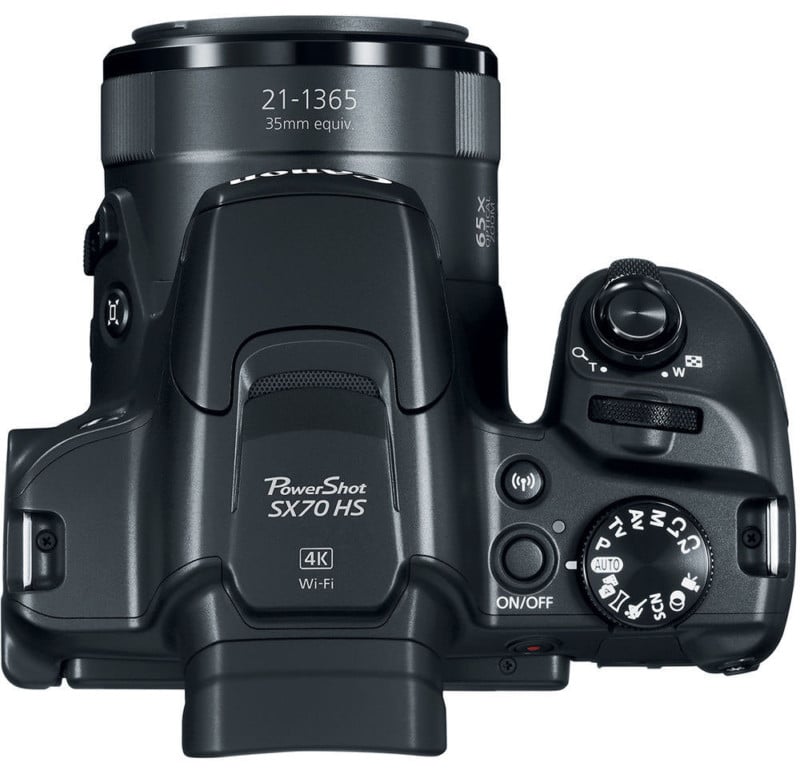 The lens on the front of the camera is still a 211-1365mm (35mm equivalent) lens with 65x optical zoom. The ZoomPlus feature allows you to reach 2730mm with digital zoom.

On the back of the camera is a 0.39-inch 2.36-million-dot OLED electronic viewfinder (EVF), an eye sensor that switches the EVF on, and a 3-inch 922K-dot LCD screen (non-touch). For photographers who want flexibility for post-processing, the SX70 HS is the first Canon point-and-shoot that can shoot the company’s latest .CR3 RAW format.

Samsung’s New Galaxy A7 is its First Triple-Camera Phone

This Photographer Made a Career of Sneaking Cameras into Rock Concerts