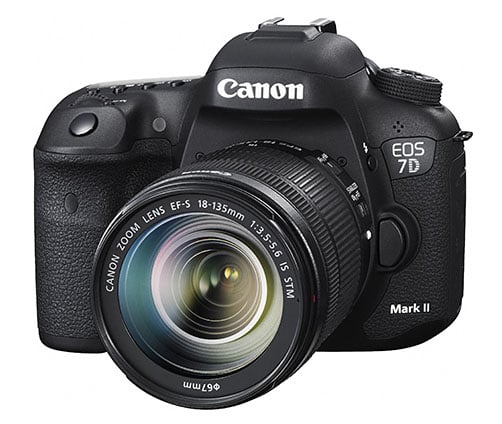 The Canon 7D Mark II will be officially announced sometime in the next few days, but an official product photo and a list of detailed specs have decided to peek out on the Web a bit early. The photograph above shows what the camera will look like from the front.

Here’s what the current 7D looks like for comparison: 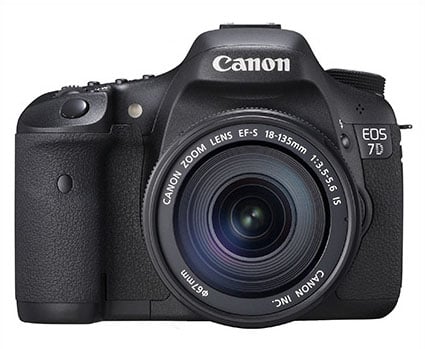 It looks like the body of the new camera will be virtually identical to its predecessor (surprise!) — at least from the front.

The camera will feature a dust-proof magnesium alloy construction on the outside, and a 20.2 megapixel CMOS sensor on the inside with ISO of up to 16,000. We’ll also see a dual-pixel CMOS autofocus system that packs 65 autofocus points (all of them cross-type). There will be a new 150K RGB+IR pixel sensor for metering.

Dual DIGIC6 image processors will power the camera, and continuous shooting speed will be 10 frames per second. Other features include Full HD 60p video recording, built-in GPS, an interval timer, and a bulb timer.

Photokina kicks off next week, so we can expect official word on this 7D successor very shortly.