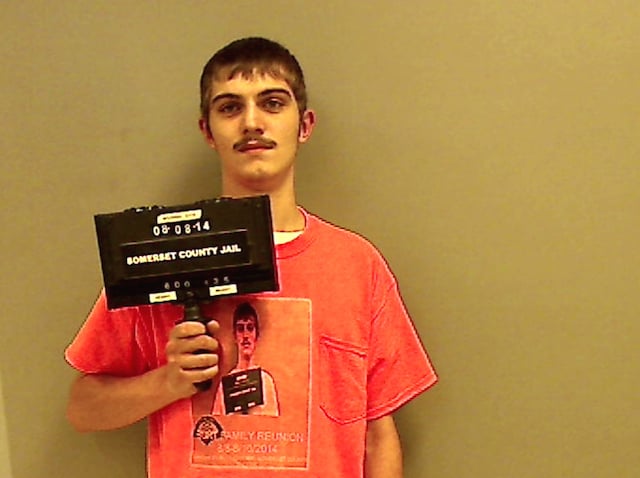 Nothing like a good T-Shirt to spruce up a mugshot right? Well, maybe not, but in the case of 19-year-old Robert Burt of Pittsfield, Maine the shirt definitely did add something to what would otherwise be your standard booking shot.

That’s because the T-Shirt, you’ll notice if you look closely, features Burt’s previous mugshot from the selfsame Somerset County Jail.

According to The Smoking Gun, the T-Shirt was created using a mugshot taken after a June drunk-driving arrest. After a drunk driving plea, he was ordered to spend two days in jail starting August 8th, and he came prepared. Here’s a picture of the full shirt: 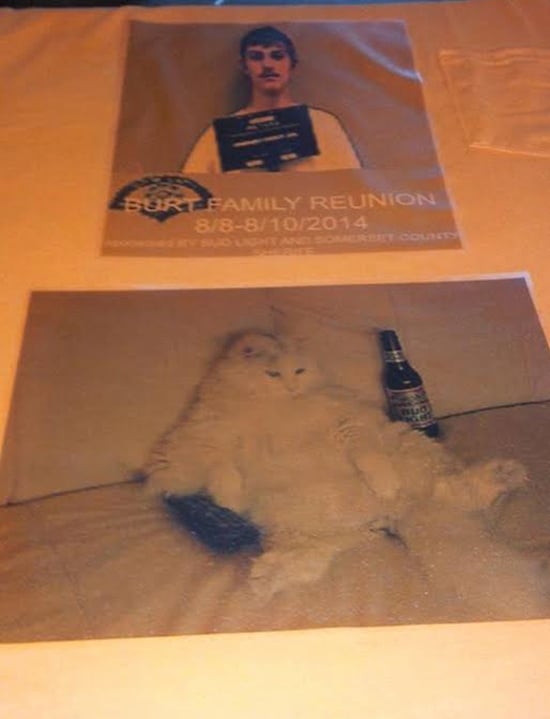 The T-Shirt was supposedly created by his coworkers, who placed his first mugshot above the caption “Burt Family Reunion 8/8-8/10/2014 sponsored by Bud Light and Somerset County Sheriff” and a photo of a cat lounging on a couch next to a beer bottle and TV remote.

Fortunately for Burt, the officers who took his second booking photo were amused rather than annoyed. According to Burt, “they laughed their a**es off,” and made him hold the slate so you could see the previous photo.