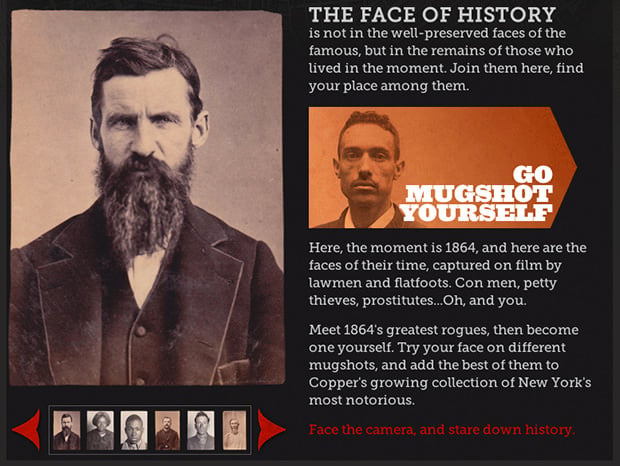 Want to see what you would look like as an outlaw from the 1800s? With Mugshot Yourself, you can!

It’s a simple web app that takes your portrait and combines it with the face of an actual New York City criminal from 1864. You can provide a photo using your webcam, by uploading one, or by selecting a Facebook profile picture.

The app is part of a promotion for the upcoming BBC American television show, Copper, a drama set in 1860s New York City during the aftermath of the Civil War.

We tested it out, and the automatic face merging is somewhat hit and miss. Blend a man’s face with one of the female criminals, and things get really weird.

Can you tell who’s picture we used for this mugshot? (Hint: the name on the placard gives it away): 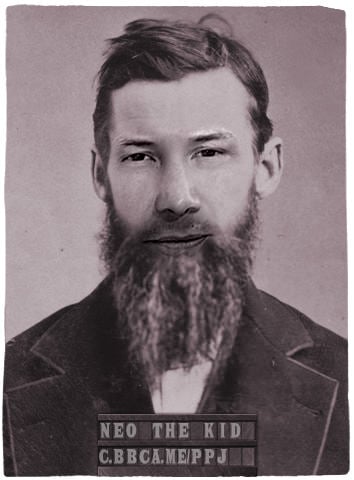 Here’s the answer. Go ahead: try it out, and show us your 19th century doppelganger!

Mugshot Yourself (via Laughing Squid)