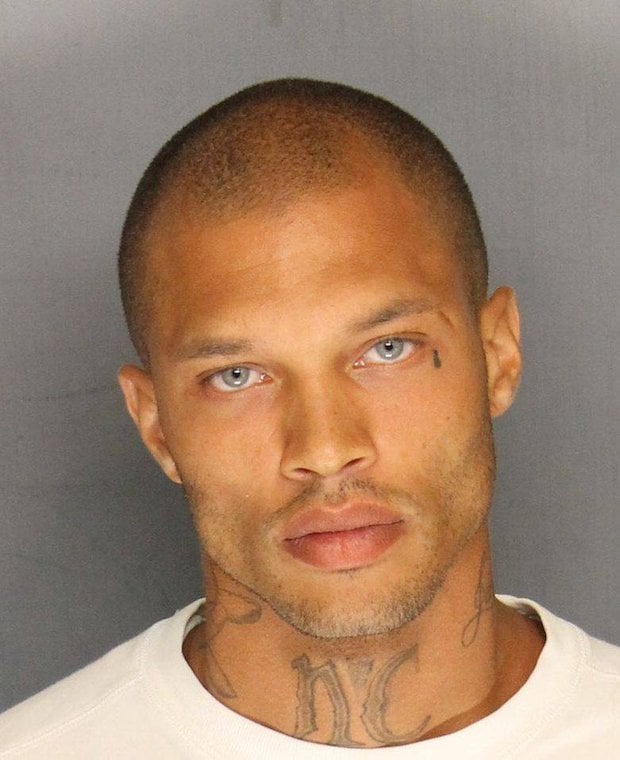 Mugshots aren’t exactly known as the height of beautiful portrait photography, but 30-year-old felon Jeremy Meeks’ mugshot is something else entirely. Within 24 hours of the photo being posted on the Stockton Police Department’s Facebook, Meeks’ glamour shot had received over 23,000 likes and nearly 6,000 comments… as of this writing those numbers are up to over 87,000 likes and over 11,300 comments.

It’s safe to say this image has gone well and truly viral, turning Meeks into a meme and sparking everything from Photoshop spoofs to a ‘Free Jeremy’ Twitter campaign.

Meeks’ photograph was posted to the department’s Facebook in order to share info about his arrest with the public, but his sharp blue eyes and smoldering stare quickly wooed many a commenter and led to several fashion photography Photoshop edits like the one you see below:

The photo has caused quite a stir, with the many (many, many, many) comments about how ‘beautiful’ or ‘gorgeous’ or ‘sexy’ he is being balanced out by the folks who point out that he has spent 9 years in jail for grand theft, that he has a teardrop tattoo (which typically signifies that he has killed somebody) and was arrested this time on five felony weapons charges.

Meeks himself agreed to an interview with a local news station in order to comment on his newfound fame:

What do you think about the whole viral portrait sensation? Let us know in the comments down below.

Review: The Olympus TG-850 is a Capable Tough Cam with a Selfie Problem