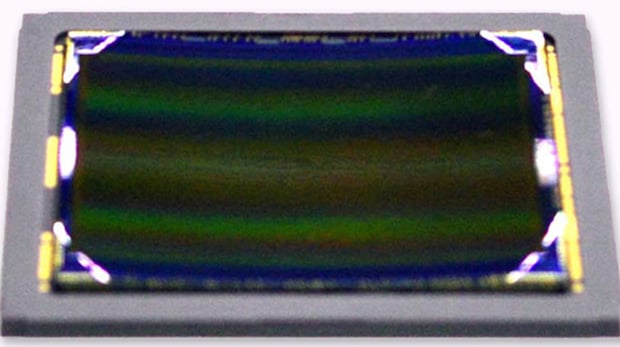 We’ve heard a lot about Sony’s ready-for-production curved sensors — which will supposedly come in 2/3-inch and full-frame variants — but no concrete specs had made their way online… until now.

Reported initially by CNbeta, the site has obtained a copy of specs for the 2/3-inch variant of the exciting sensor and the accompanying lens, which is itself an impressive piece of hardware by the looks of it. 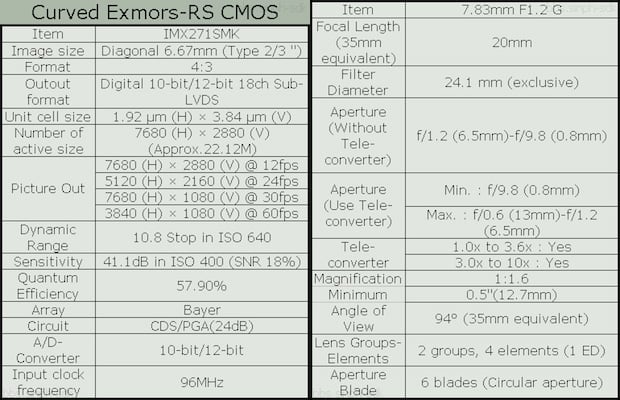 As you can see above, the world’s first curved sensor camera (or smartphone) will sport 22 megapixels of resolution, 10.8 stops of dynamic range at ISO 640, 41.1DB of sensitivity at ISO 400, and burst mode capabilities of 12fps at full res. It also boasts a signal to noise ratio of 18%… the same as the Canon 5D Mark III!

The lens that accompanies the sensor is listed as a 7.83mm f/1.2G lens that has an equivalent focal length of 20mm (the crop factor seems off for a 2/3-inch sensor… so be wary of this spec). This super-thin glass, by SAR‘s estimation, could make this “the smallest and highest quality compact camera ever made.”

Given the size of the sensor, it’s very possible this will appear first in cell phones, taking smartphone photography to another level entirely. Then again, the mention of teleconverters makes one wonder if this is a compact with a fixed lens that will offer higher zoom with attachments (development of zoom lenses is one of the main challenges presented by curved sensors).

We’ll just have to wait and see, but we should be getting a peek at the first curved sensor camera at Photokina. And while this is only a 2/3-inch variant, the full-frame version said to be accompanied by a Zeiss 35mm f/1.8 lens is still supposedly in the pipeline.

DIY: How to Turn a Canon Kit Lens From an EF-S to EF Mount