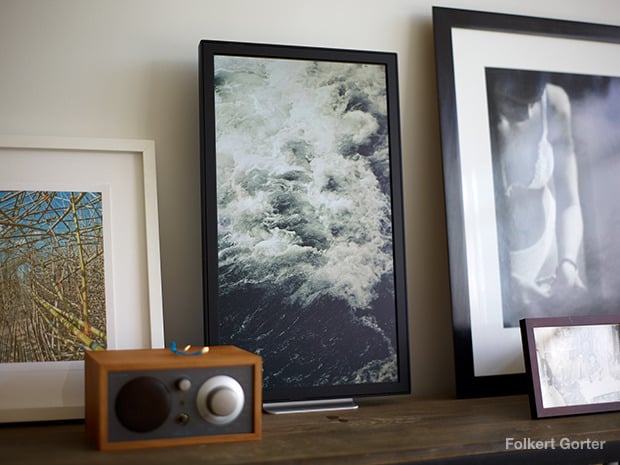 Digital photo frames never really gained the attention of the masses. Due to issues like sub-par hardware and complicated, proprietary software, the photo frame of the digital age never quite took off.

But one company is looking to change that. That company is called Electric Objects, and their answer is the EO1: a 23-inch 1080p IPS smart-display wrapped up in a minimalistic package.

Beyond the impressive 1920 x 1080 display, the device also packs in a small Android-powered 1GHz processor that is joined by three dedicated graphics accelerators, 1GB of RAM and 2GB of flash storage. For connections, the device uses the industry standard bluetooth and WiFi.

As for the work that gets displayed on the screen, there are a number of options. The first of those is to use your own work, which can be put onto the frame through using of the company’s web app and/or a dedicated application.

Another option is to use one of the many resources they’re providing off the bat. Electric Objects has partnered with a number of content-curators, including the New York Public Library, Behance, Giphy, Museum of the Moving Image, to.be, Digg and many more to come. Being a smart-frame of sorts, the EO1 will eventually allow for the use of outside parameters to affect what is being displayed on the screen.

For example, if the weather outside is a bit dreary, the device will automatically choose a collection of more monochrome, cool-toned images. If it’s sunny, the device would know to display more vibrant images. And that’s only one of the many parameters that could be used. 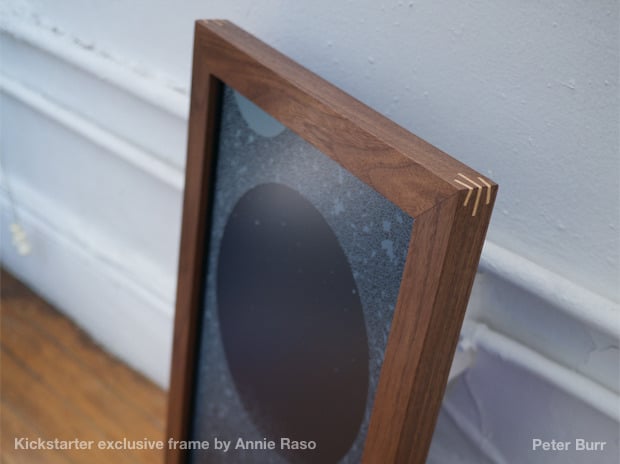 All of this technology packed into a beautiful package is going to cost, though. Pledges start at $300 to secure just one of these through Kickstarter, and the MSRP is set to be approximately $500.

Far from cheap, that’s for sure. But, for those who don’t want to tinker around with a frame, display and Arduino computer themselves, this is the most beautiful and efficient option we’ve seen.

To read more about the frame/display, or if you’d like to secure one for yourself, check out Electric Objects’s website or head on over to the Kickstarter campaign.