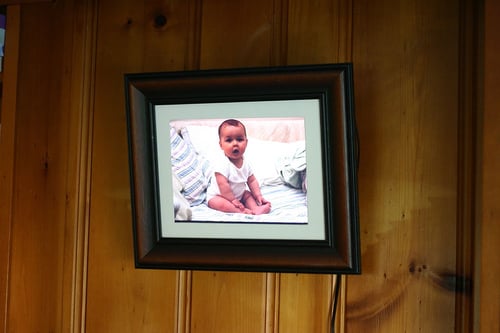 Thinking of buying a love one a digital photo frame this Christmas? You might want to reconsider. A recent survey of 2,000 people by the British Video Association found that digital photo frames were the most unwelcome gifts, followed by foot spas, blenders and digital organizers.

More than a third of those surveyed said they simply didn’t have time to use the gadgets they had received, while 23 per cent didn’t see the point of some of them. The survey found that 18 per cent of those who rarely used their gadget gift simply didn’t like them, 10 per cent couldn’t be bothered to clean them, while seven per cent had not read the instructions or didn’t know how to use the device. [#]

Have you ever received a digital photo frame that you never ended up using? (I have)

Time Lapse and Star Trails Shot with a Canon 20D

The Gear-Saving Reflexes of a Pro Photographer