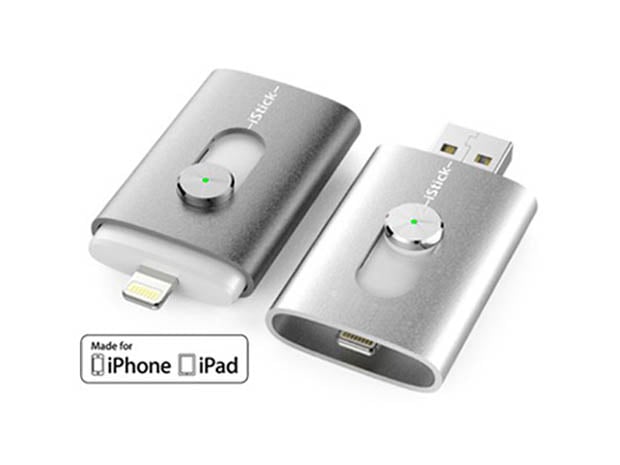 In an attempt to simplify the workflow of transferring information between your iOS device and computer, the company HYPER has created something called the iStick.

With a lightning connector on one end and a standard male USB connector on the other, the iStick acts as an easy-to-use thumb-drive that transfers photos seamlessly between your iOS device and a computer. 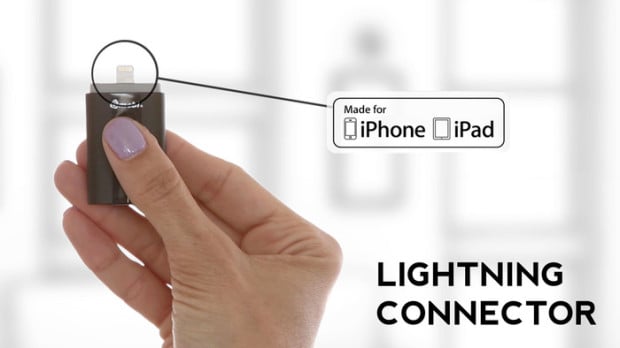 Compatible with both Macs and PCs, the iStick works exactly as your standard thumb-drive does, allowing you to copy/paste and drag-and-drop files easily between the two — something iOS in and of itself isn’t great at. And while it’s not meant for photographers specifically, the iStick is the perfect solution for getting your iPhone photos from one device to another for proper and efficient archiving.

Not only does it work on its own, as a thumb-drive, but because it has reached one of its stretch goals, the iStick now also offers passcode/password functionality and proper syncing between popular cloud services, such as Dropbox, Google Drive and OneDrive.

The iStick is currently being funded via Kickstarter, and has already far surpassed its goal of $100k. Available in three colors in sizes that range from 8GB to 128GB, you can pick one up for yourself for anywhere between $80 (8GB) and $300 (128GB).

Head on over to the Kickstarter campaign to learn more or grab your own.