It’s common knowledge that Photoshop is used, in varying degrees, to help models and celebrities look their best in magazines. But is ‘their best’ really all that great? Does removing imperfections, smoothing skin and trimming waistlines really something desirable?

BuzzFeed wanted to find out, and so they offered four women professional photoshoots and Photoshop makeovers to see how they reacted to their before and after images.

The results are ironic, if expected given the amount of retouching that was done: all four women felt like they were looking at strangers. After years of flipping through magazines and asking themselves “why don’t I look like that,” they realized that looking like ‘that’ is not only impossible in some cases, but not something they wanted at all. 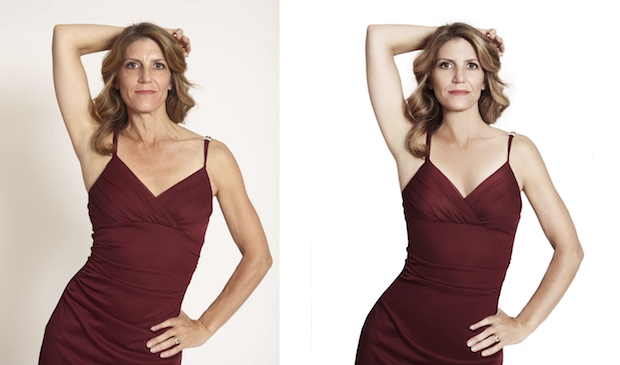 One laments at the loss of her freckles, which she says add character. Another went so far as to say that the after image was so different as to have changed her very identity. In all cases, the women seem to prefer to keep their imperfections intact.

We share this not just as another anti-Photoshop rant or to point out the difference that makeup, lighting and Photoshop can make, but because there’s an important lesson here for anybody interested in portraiture: more often than not, less is more.

The beauty of portrait photography, at least if you trust many of the portraitists we’ve spoken with, is that you are working with and capturing a unique individual. You’re capturing the essence of a human being on film or pixels. Photoshopping away what makes that person unique is a step away from portraiture and towards digital art.

Of course, that’s just our two cents. What do you think? Let us know in the comments down below.