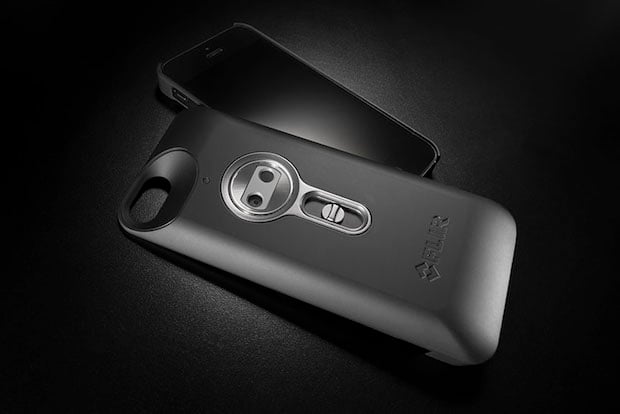 Admit it, you’ve always wanted walk around a rainforest hunting Arnold Schwarzenegger using your cool thermal vision and shoulder cannon, and now you can… sort of. While the shoulder cannon is still pending, and your chances of getting Mr. Schwarzenegger to a rainforest of your choosing are slim, a new smartphone case dubbed the FLIR ONE will turn your iPhone into an awesome thermal camera of your own.

The gizmo was unveiled at CES, and is one of the few phone accessories that are really making a splash. Using the same tech that the company sells to the police and armed forces, the FLIR ONE iPhone 5 and 5S case packs a pair of special cameras that it powers for up to four hours using a built-in battery. One camera pulls thermal images, while the other pulls regular imaging data that it uses to outline shapes and make it easier to understand exactly what it is you’re looking at.

It’s worth noting that this is no slouch of a thermal camera. The shooter can pick up heat signatures from as far as 100 meters away, and is apparently so sensitive it can spot a footprint left on the carpet even after the person has walked away. What’s more, when you’re not using thermal vision, the case can be used as an additional power source for your phone, giving you 50% more juice to work with.

Here’s what images taken with the FLIR ONE look like: 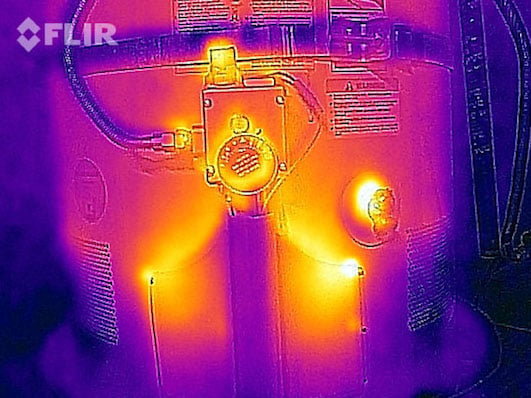 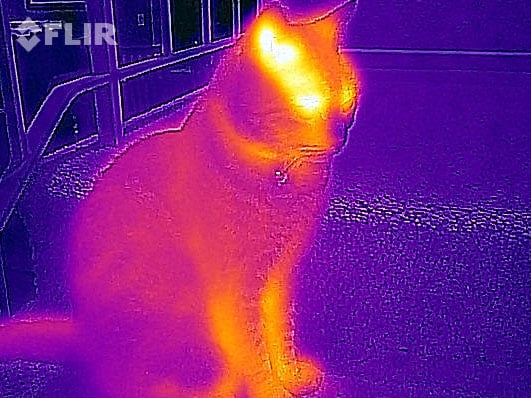 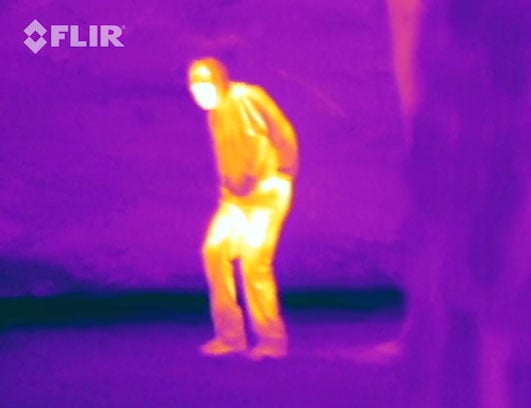 For now the case is only available for the iPhone 5 and 5s, but an Android version is in the works. It doesn’t ship officially until Spring of this year, but if you’re interested in getting your own, you can find out more or pre-order one for $350 by following this link.