As graphics continue to improve and virtual worlds become more detailed, it makes sense that some people are branching out to photograph (or at least capture via screenshot) these video game worlds. Case in point: the above time-lapse was created from photos, not of any state you’ll ever step a physical foot in, but of the fictional Grand Theft Auto V state of San Andreas.

The video was put together by the folks behind YouTube’s The Despicable Channel, and it says as much about their dedication as it does about the developers at Rockstar.

They spent an entire day working to put it together and what emerged shows just how incredible the attention to detail in this world is. Yes, it’s obviously computer generated, but the tiny details the developers built in helps the time-lapse not to seem strange, but perfectly normal. 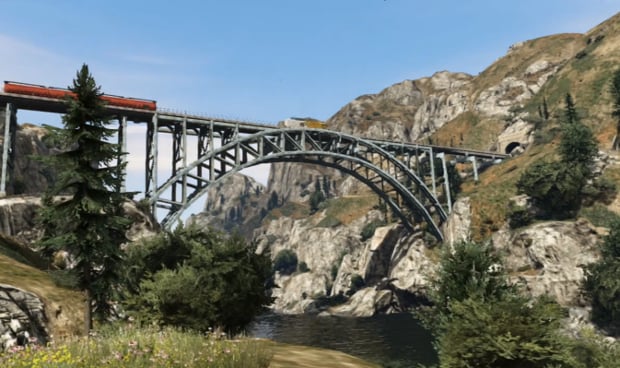 Notice, for example, that all of the cars don’t always stop at the same spot at a stoplight, but sometimes further forward and further back. Or how the wind moves the trees and electrical cables. Or how the clouds in the sky reflect off the surface of the buildings. Considering this was shot on an XBox 360 (basically 8-year-old graphics hardware) it’s downright impressive.

Obviously virtual worlds can’t replace real life (though some people might disagree…) but it’ll be interesting to see how these experiments evolve. Eventually we might have fine art photography from inside a game. Then again, at that point, who owns the photo? Is it the photographer? Or the people who created the world you’re photographing?

National Geographic on the Power of Photography