Back in October 2013, we featured the work of Fernando Pereira Gomes, an artist who creates street photographs in the virtual video game world of GTA V. Montreal-based photographer Benoit Paillé also works in the same virtual world, except he takes his work one step further: he uses a real world camera.

Video game photography is nothing new, but generally practitioners use their keyboard to take screenshots of digital scenes. Paillé, on the other hand, enters the game world on a large screen and uses a DSLR to capture sights.

His stated goal is to “overlay a material reality with a virtual one, erasing the border between the two worlds. […] I want to show that we can use a virtual space in conceptual photography and approach these areas with the same sensitivity as the physical space.”

Paillé takes his art very seriously. While wandering through the game world, he uses the built-in GPS system to mark places that interest him. He then returns to those virtual locations when light, time, color, and weather are right. Once photos are captured on his real-world DSLR, he processes the images in Lightroom.

Next, he inserts a real arm and camera into the frame. The lighting of the hands photo is carefully controlled to closely match the light that would have fallen on the hands had they actually been in the scene. 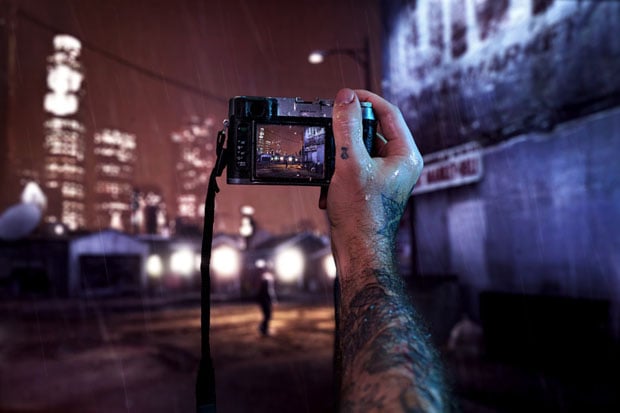 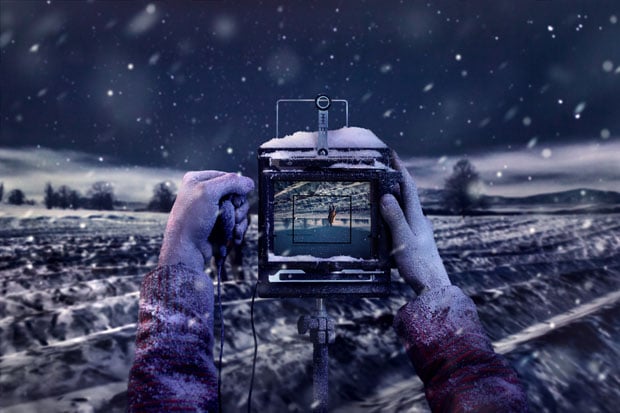 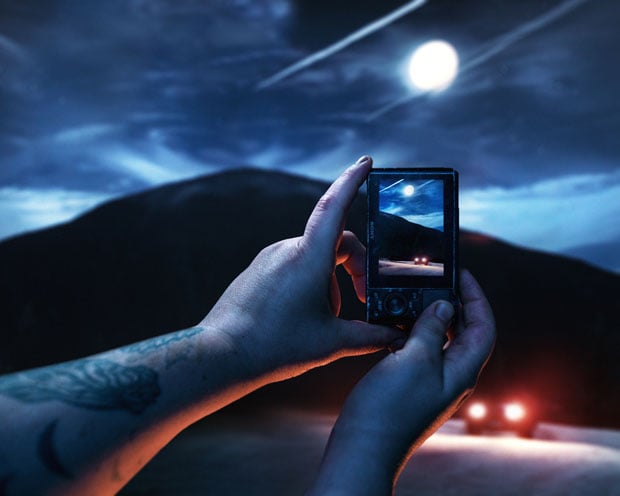 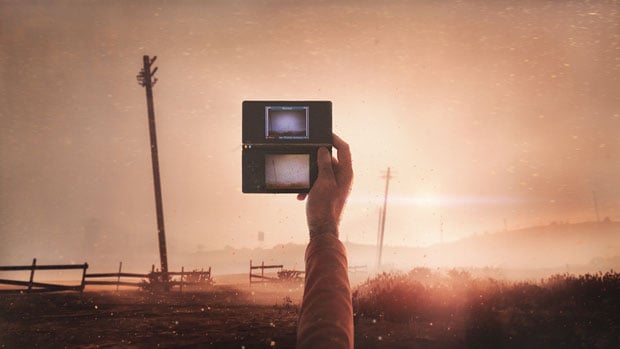 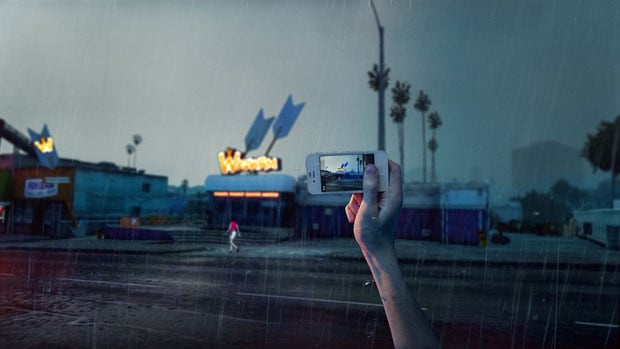 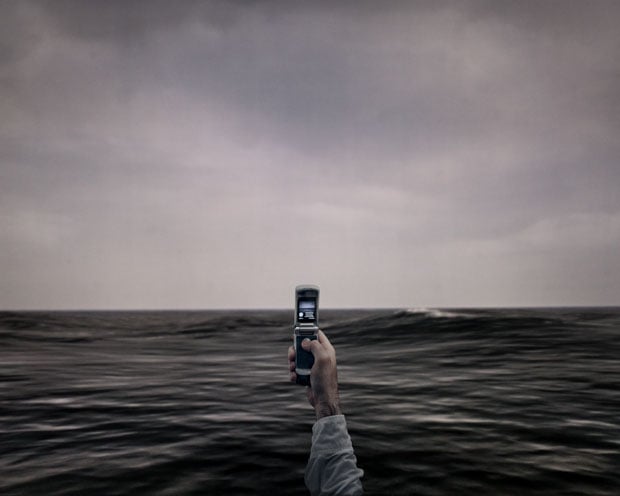 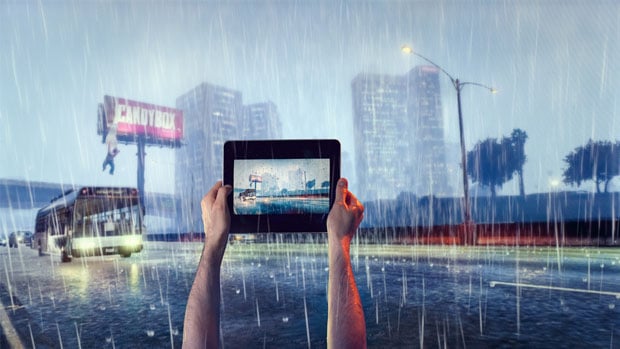 GTA V is becoming quite the popular venue for photography. Last October, we also shared a time-lapse video created entirely inside the game. Since that time, the video has gone on to receive nearly one million views.

Baby Photographer Anne Geddes Shares About Her Life and Work