This time-lapse video shows the building of the largest ship in the world. It’s the first Maersk Line Triple-E vessel, which was constructed at the DSME shipyard in Okpo, Korea. The video shows three months of time, and consists of 50,000 photographs taken during that period.

The project was a collaboration between the Discovery Channel and Maersk, a Danish company that’s the world’s largest operator of container ships.

Each Triple E ship measures 1,312 feet (400m) long and 194 feet (59m) wide. The length is just two meters short of a quarter mile. In terms of capacity, the ships can hold a whopping 18,000 standard shipping containers. 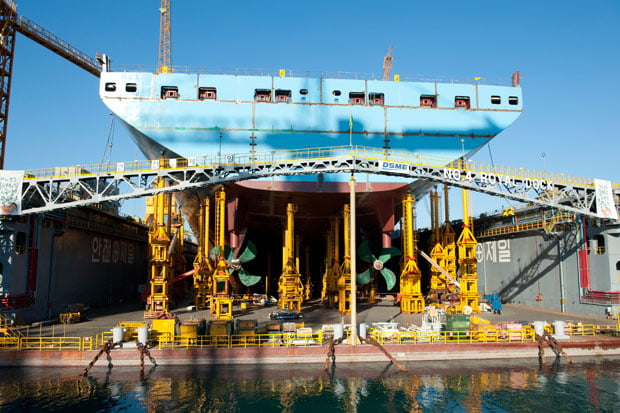 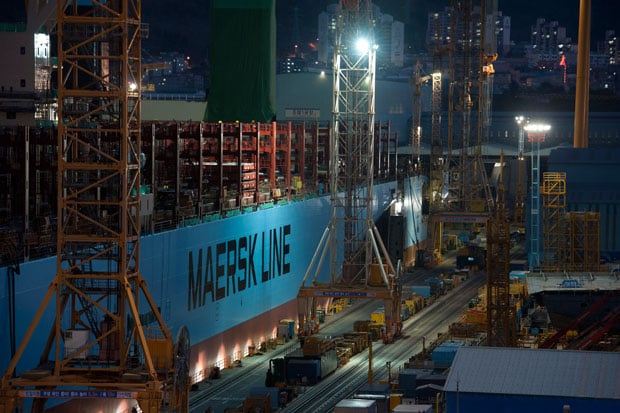 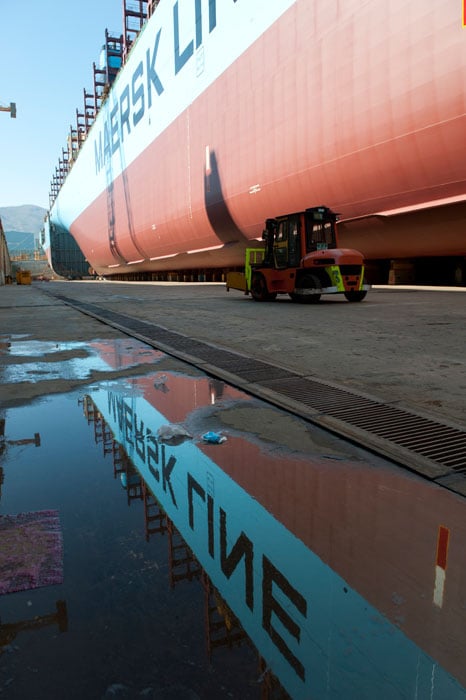 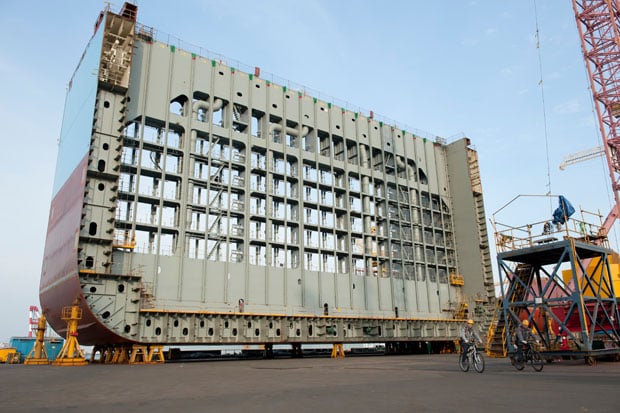 You can read more about the new Triple-E ships over on Maersk’s new site The World’s Largest Ship.

L’Oreal Pulls Ads, Saying They Used Too Much Photoshop