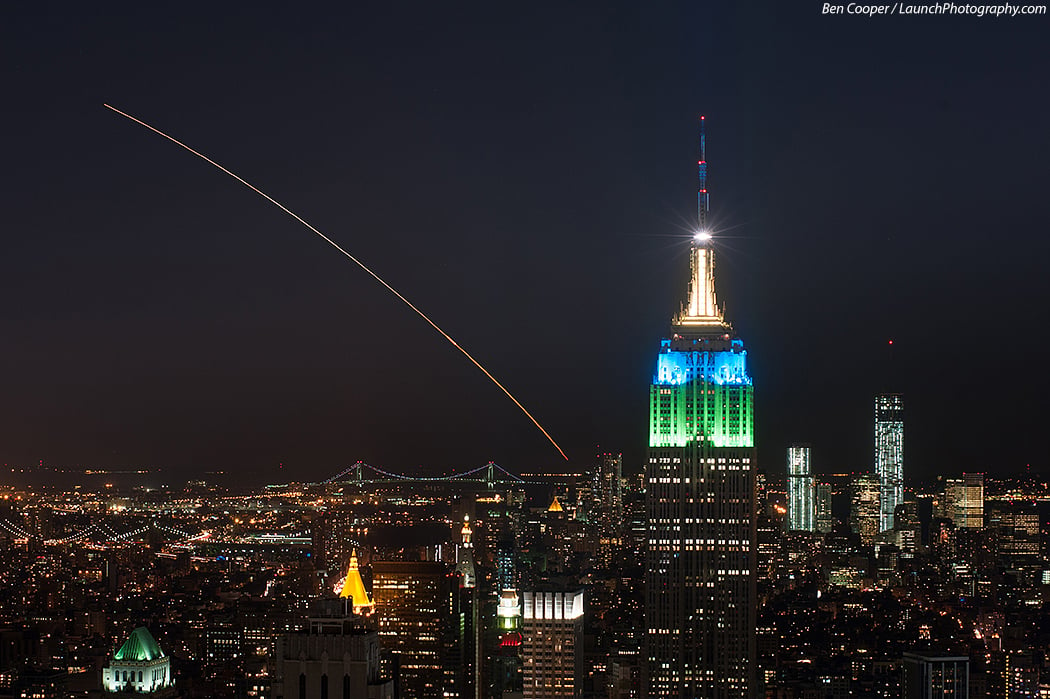 Earlier today, we shared the news that NASA has officially joined Instagram, and just in time to share some photos of the Lunar Atmosphere and Dust Environment Explorer (or LADEE) launch on Friday. Well, NASA weren’t the only ones taking pictures that day, and one of the cooler pictures that came out of the launch is the pic you see above by former NASA photographer Ben Cooper.

If his name sounds familiar, then you’ve been following PetaPixel for a long time indeed. Cooper was an official NASA photographer when he agreed to be one of the first people we ever interviewed.

These days he works as a freelancer — photographing everything aerospace, travel, science and astronomy-related — and for this most recent launch, he set himself up on top of the Rockefeller Center and captured the awesome photo above.

The photo shows the streak the Minotaur V rocket carrying the LADEE painted across the sky Friday night, with the beautiful New York City skyline making an appearance in the foreground. The launch actually took place in Wallops Island, Virginia, so Cooper’s photo shows it from some 200 miles north.

Luckily for Cooper, even the Empire State Building in the foreground was “posing” in a way. It was lit up blue and green in honor of the Tennis US Open being played in Queens this week.

If you’d like to see more of Cooper’s photography or maybe purchase a print to hang on your wall, be sure to pay his website a visit by clicking here.