Long before there was any way to capture colors on film, filmmakers were hand painting their short movies frame by frame to breathe life into black-and-white productions. The desire to capture color, it seems, far precedes our ability to do so.

In the Filmmaker IQ video above, John Hess takes you through a comprehensive history of color in filmmaking. From hand-tinting, to Technicolor, to digital color manipulation, take a look and see just how far we’ve come when it comes to capturing the reds, greens and blues of our world.

Capturing color on film (rather than coloring it in) really began with James Clerk Maxwell when he took the first permanent color photograph in 1861. By combining red, green and blue filtered photographs of the same ribbon, he created this:

It would be many years, however, before anything more than hand-coloring of film would truly begin. It wasn’t till 1908 and the two-color additive Kinemacolor system that filming in color began. It was successful for a time, but then came the real breakthrough: Technicolor.

Initially a two-color subtractive system, Technicolor was patented in 1922 and continued to evolve steadily from then on. Nearly disappearing in 1932 due to high cost, it eventually came back with a vengeance and a new 3-strip system that’s responsible for the beautiful and vivid colors in The Wizard of OZ and Gone With the Wind. 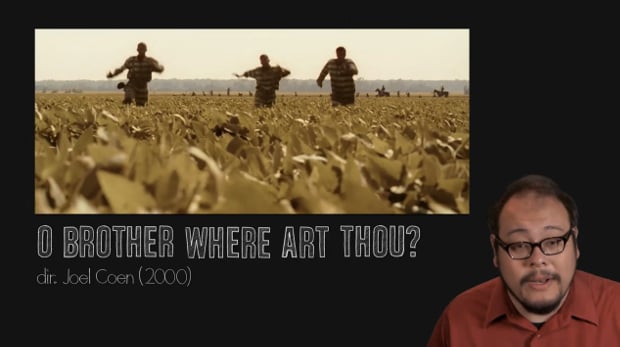 That vivid look, however, still came at high cost. And so eventually Technicolor gave way to the cheaper Eastmancolor system that would carry us all the way into the digital age and the kind of film scanning and post-production first seen in The Coen Brothers’ film O Brother, Where Art Thou.

There are, of course, many steps, names and dates in-between the major breakthroughs mentioned above, so if you want more detail, we highly suggest you carve out the 20 minutes it’ll take to watch this whole educational video.

Nova: The Card-Sized Color Temperature-Adjustable Wireless Flash for Your Phone