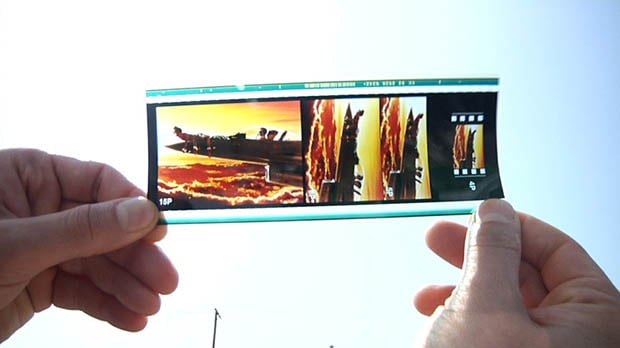 The photography industry isn’t the only one transitioning away from film and into digital; Hollywood’s undergoing the exact same thing. Side by Side is an upcoming documentary film produced by Keanu Reeves that offers a look into this major transition that’s underway

For almost one hundred years there was only one way to make a movie — with film. Movies were shot, edited and projected using photochemical film. But over the last two decades a digital process has emerged to challenge photochemical filmmaking.

SIDE BY SIDE, a new documentary produced by Keanu Reeves, takes an in-depth look at this revolution. Through interviews with directors, cinematographers, film students, producers, technologists, editors, and exhibitors, SIDE BY SIDE examines all aspects of filmmaking — from capture to edit, visual effects to color correction, distribution to archive. At this moment when digital and photochemical filmmaking coexist, SIDE BY SIDE explores what has been gained, what is lost, and what the future might bring.

After a successful run through film festivals around the world, the film will open in theaters sometime this month. Check out the official website to learn more.

5 Tips to Being a Thrifty Photographer