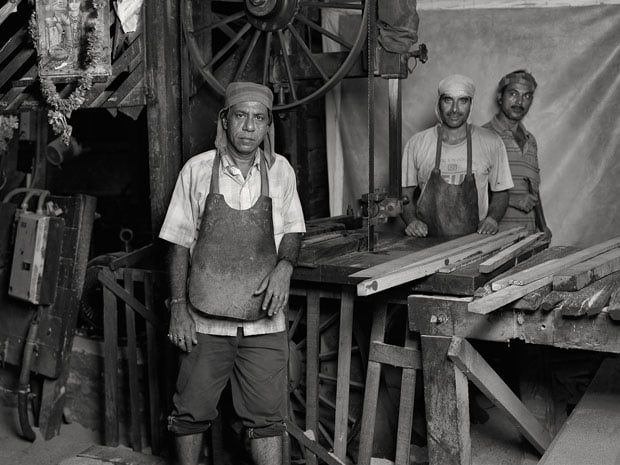 New York City-based photographer Supranav Dash is interested in India’s occupations — not the rich and glamorous ones, but the ones held by those who are lower in the society’s Caste System.

For nearly 200 years, certain groups of people were not allowed to deviate far from their family’s prescribed occupations. However, in recent years things have started changing. Many of the common age-old tradesmen jobs are rapidly disappearing, and Dash is using his photography to document them before they vanish completely.

Since 2011, Dash has been working on a project called “Marginal Trades.” His goal is to capture the trades, professions, and businesses in India that might not be around after another few generations (e.g. the saw mill employees shown above).

“I want to slow things down and force one’s self to recognize and remember the beauty of these analog practices,” Dash writes. “As a photographer, I want to use my craft to pay respect to these tradesmen and bring them to light.”

You can see more images from this series (and more of Dash’s work) over on the photographer’s website.

Image credits: Photographs by Supranav Dash and used with permission