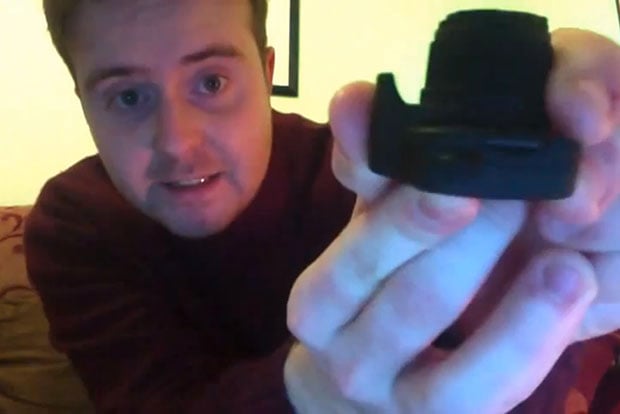 Remember that tiny Lomo-inspired fisheye camera we featured back in February? It turns out there’s actually a market for that camera, and the gadget’s creator is now reaping the rewards as orders for the gadget have been pouring in. Dash originally created the camera when he didn’t have the funds to purchase a new camera lens he wanted. Now that sales have been booming (that’s a relative term, of course) Dash has raked in enough dough to pay off student debts he has accumulated over the past seven years (Dash is currently a 25-year-old PhD student) — all in four short weeks. Dash designed the camera around its 170-degree fisheye lens. The tiny camera body behind the glass features a 12-megapixel sensor that has a number of special features including time-lapse mode and HD video recording. Production for the camera has been limited to 500 units for the first batch.

You can find out more about the camera (or put down an order for one) over on Indiegogo and through the project’s Facebook page.