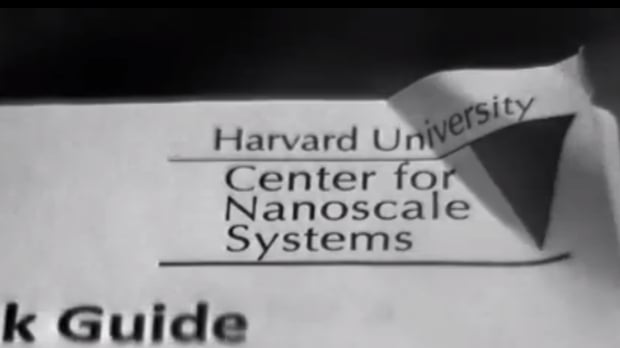 For a while now, researchers have been trying to remove two things from 3D photos and video: the glasses and the second lens. Some companies have made headway in the area — think of Samsung’s single-lens 3D technology and Panasonic’s special single-lens 3D sensor — but some new research out of Harvard offers a software-based alternative.

While other methods use expensive hardware and produce a 3D image that requires glasses for you to see it, the computational method developed by associate professor Kenneth B. Crozier may some day do away with the glasses, and already allows you to take 3D images using just about any camera.

Here’s a video showing what the method eventually puts together:

Once the two photos are taken, a computer does the rest of the work by analyzing the angle at which the light was hitting each pixel, and using that info to create a third image that looks as if it was taken from a slightly different angle.

When that third image is stitched together with either of the first two, you get a 3D image/animation that was created without needing any special hardware, like the ones you see in the video above. And given the right screen technology, the resulting images might someday do away with glasses as well:

“When you go to a 3D movie, you can’t help but move your head to try to see around the 3D image, but of course it’s not going to do anything because the stereo image depends on the glasses,” Antony Orth, a Ph.D. student on the project, tells the Harvard School of Engineering and Applied Sciences (SEAS).

“Using light-field moment imaging, though, we’re creating the perspective-shifted images that you’d fundamentally need to make that work — and just from a regular camera. So maybe one day this will be a way to just use all of the existing cinematography hardware, and get rid of the glasses.”

Of course, for now, this is just a dream. The reality is that they can and have created 3D images using this method using any camera/lens combo with a wide enough aperture to let enough light in. Cell phone cameras aren’t big enough, but a standard 50mm lens on any DSLR seems to work just fine.

For all of the technical details behind light field moment imaging, check out the original paper on Optics Letters. And if you’re interested in learning more about the microscopy applications, check out this article by Caroline Perry on the SEAS website.