When Samsung debuted its single lens 3D technology, the company put the magic in the lens. By using two shutters, the lens is able to capture left and right eye views of the scene that the camera then translates into three-dimensions. Panasonic’s response is to put the magic in a CMOS sensor also creates a three-dimensional image, but in a very different way.

The technical details are a bit dense, but the gist is as follows: by using a lenticular lens and a layer of digital micro lenses, the system splits and intensifies light rays that correspond to those hitting your right and left eye onto the corresponding pixels of the sensor. 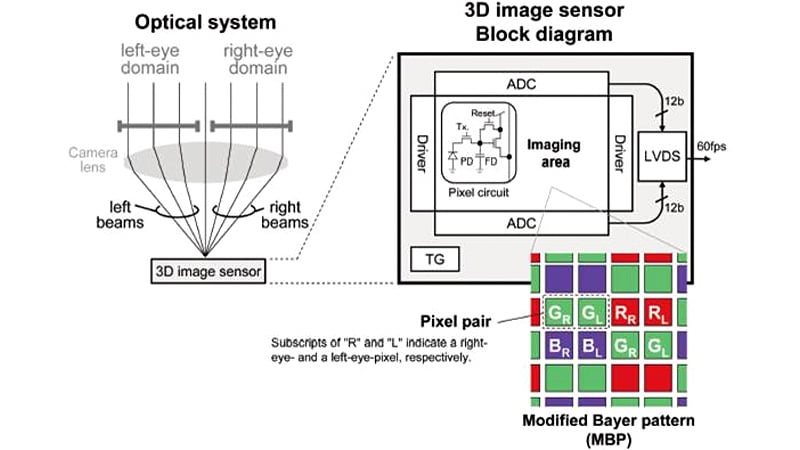 Once the hardware has done its job, some quick processing turns the subsequent images into 3D creations. According to Gizmodo, the technique is similar to that used by the Nintendo 3DS.

And although the tech is currently limited — image distance and actual distance vary by about 5 percent and the sensor only enables you to capture 3D of objects within 1m of the lens — the new sensor could potentially bring 3D photography and videography to everything from mobile phones to SLRs.

Portraits of People Posing with Their Passions and Pastimes