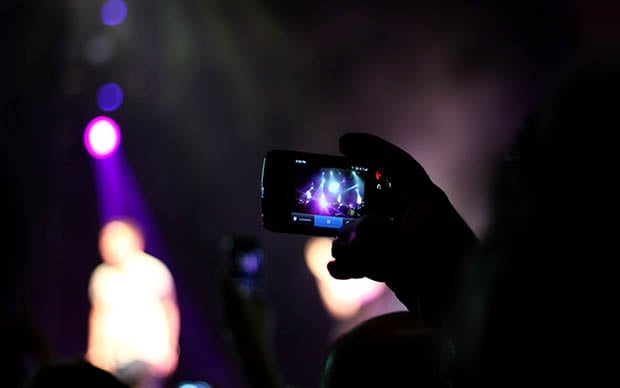 We recently published an article about She & Him enacting an anti-photo policy at a gig. Signs were posted saying “At the request of Matt [Ward] and Zooey [Deschanel], we ask that people not use their cell phones to take pictures and video, but instead enjoy the show they have put together in 3D”.

It reminded me of a story my Father told me about a Frank Zappa concert. Apparently, people were given opaque-lens glasses at the request of Zappa and the band so that, audience-members could more fully experience the music without any visual distractions.

I had a serendipitous moment shortly after reading the article. I came across this Actual Advice Mallard meme and began to think about the impact of photographs in our social lives and whether capturing memories has turned into something less genuine, something more empirical. 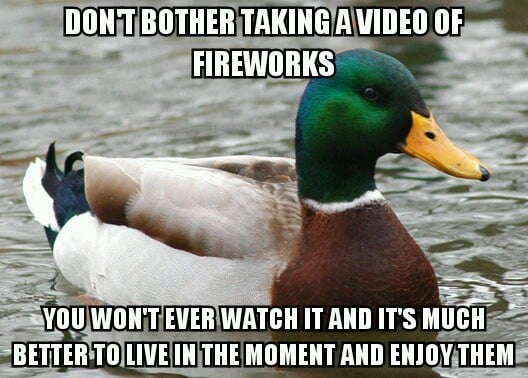 I say this as someone who used to go to festivals and gigs, taking hundreds of pictures only to be viewed on MySpace by no one; and that included me. I realized I was more preoccupied with getting the pictures than actually enjoying the event. I wasn’t really collecting memories; I was cataloguing them – as if it was proof of some sort.

The proliferation of these websites and the increased portability of camera technology have led about a trillion people to say that nowadays “everyone’s a photographer”. It’s hard to dispute that notion, especially when you look at the stats. More than 500 million pictures are uploaded to Facebook, Instagram and Snapchat every day; more than half of those are on Facebook alone.

Uploading and sharing pictures are just one factor of the online social landscape. Facebook now has 1.11 billion active users; there are 293000 status updates every 60 seconds and over one billion tweets per week. It seems excessive, but I can see how the figures mount up when I look at my Facebook and Twitter feeds. 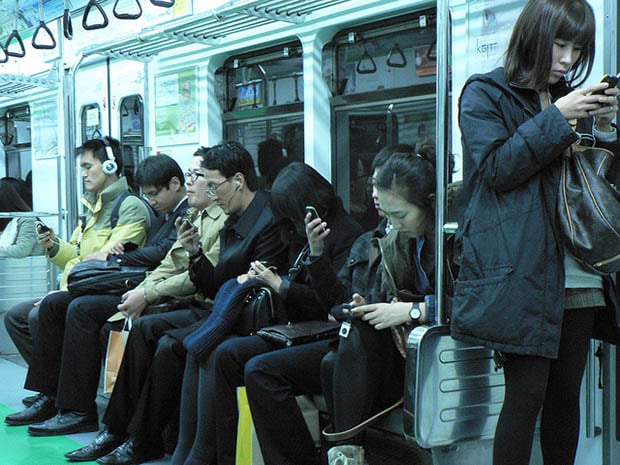 I thought it was interesting that it was usually the same people, or same sorts of people uploading pictures of their lunch and writing status’ about how they tripped over in public. These seemingly banal things are now being catalogued online by similar sorts of people.

When I say “sorts of people” I mean different personalities types. A good deal of psychological research is looking into who does what online and why. For instance, extroverted people who seek social interaction are more likely to use Facebook, while those who use Twitter are less extroverted and are more likely to seek informative experiences. Much of the literature considers SNS’s to be different tools used by different personality types for different reasons.

One aspect of sites such as Facebook is to generate social capital. Research has linked this to self-esteem and suggests that SNS’s are tools for selective self-presentation. People present themselves in a considerably preferred way, maximizing what they consider to be positive and more socially enticing. Sadly, this makes me think of the numerous profile pictures I’ve seen that have been edited on Photoshop, or even MS Paint, to maximize eye lashes and six packs. 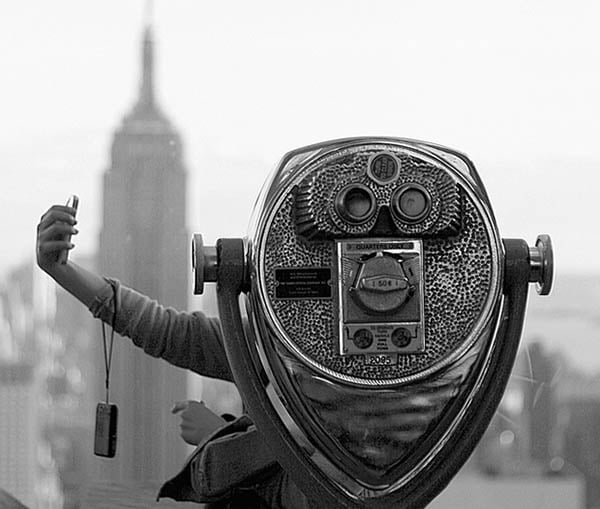 Other research has shown these SNS users tend to have higher levels of extroversion, narcissism and exhibitionism as well as higher frequencies of picture uploading and sharing (I couldn’t find a PDF that wasn’t behind a pay wall, I have a copy if anyone is interested).

Pictures on SNS’s shape our impressions of others, the world and what is considered acceptable and desirable. Johnny Winston of Stanford University suggests that “photography plays an important role as users value the image’s ability to show rather than tell”. It’s as though photographs are being used selectively to present what’s considered by peers as an ideal image or an “awesome life”. Christine Rosen of the Ethics and Public Policy Center (Washington, DC) calls this “eg0-casting” and says that nowadays, people are presenting themselves online like “products”.

The research paints an interesting picture; selective self-presentation seems to be the attraction to a lot of people. But you have to wonder, is proving yourself getting in the way of the event? I think for myself, back in the MySpace days, it certainly was.

I’m sure you can recall going to an event and seeing a sea of LCD screens. Some pop up now and again, but some are there for the entire spectacle. If you search for a gig on YouTube, especially for more high profile musicians, you’re bound to find hundreds of poor-quality videos of the same show. It seems a lot of people experience the show through a phone both during and after the event. 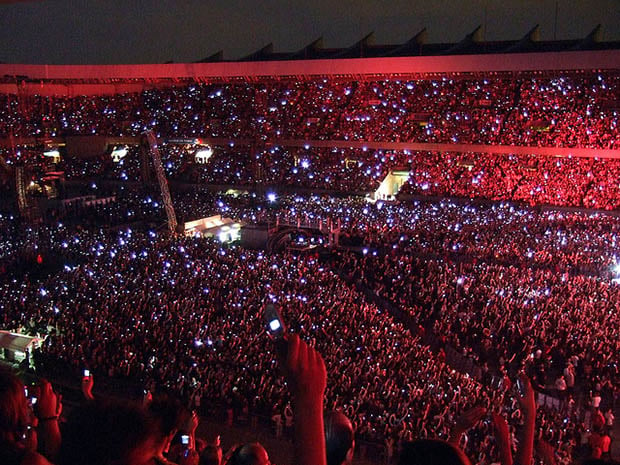 The trouble with the research however, is that it mainly uses questionnaires and correlational data. As a result, it’s difficult to discern the actual causes and effects. Instead, it shows relationships between personality types and online habits. So I’m not trying to say that everyone who uses Facebook is a narcissist, or that uploading pictures is a marketing strategy. Because there are, of course, success stories from the SNS world.

Photographers Jim Mortram and Eric Kim have found considerable success through online mediums; Olivia Bee was discovered on Flickr at the age 14. I’m also sure there are bunch of people I don’t know of who have found success.

I think it relates to what the individual deems important. I know I’d find it more enjoyable to chow down on my steak, rather than having a photoshoot with it. But you have to wonder whether people are seeking to take pictures of things that prove how interesting they are and putting the presentation of the experience before the actual experience.

But of course, this is nothing new. People have always been looking for ways to present themselves depending on their personal needs. As the authors of the paper ‘Mirror Mirror on my Facebook Wall’ said: “The Internet has not created new motivation for self-presentation, but provides new tools to implement such motives”.

Image credits: Cell Phone lights by DeaPeaJay, Everyone is staring at their phone, on the Seoul Metro, Seoul, Korea November 2010 by Marc_Smith, Selfie at The Top of The Rock by mollybob, Wave those mobile phones by James Cridland