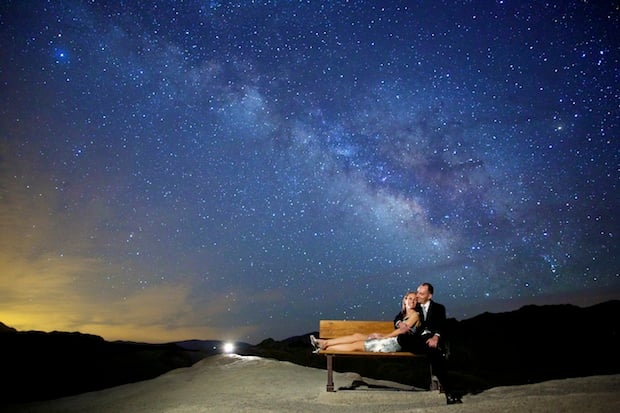 Long exposure photographs of stars and romantic engagement photographs aren’t often found together, but that’s the fusion wedding photography couple Robert Paetz and Felicia Wong have been dabbling with as of late. The duo takes their clients out into natural landscapes away from light-polluted cities and photographs them under the night sky. They call the resulting photos, “astro wedding photography.”

The whole thing started late last year when a client of theirs asked about having their engagement photo shoot done in Joshua Tree, California… in August… in 100-degree weather. After reading the message, Wong groaned, looked over at her husband, and jokingly asked, “Can we just shoot in the middle of the night?!”

Upon hearing this, the gears in Paetz’s head began turning. “Why can’t we shoot at night?” he thought to himself.

He had been poking around in the area of astro photography at the time, so Paetz decided that they could give it a shot. They called up the adventurous couple and asked them to meet them by the vending machines of a “dodgy desert motel” at 2am the next weekend. Here are the photographs that resulted: 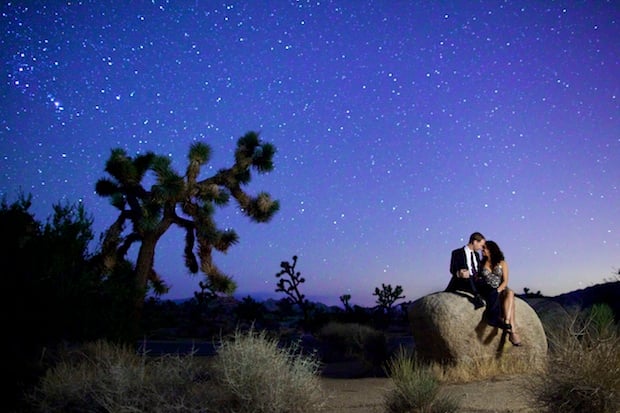 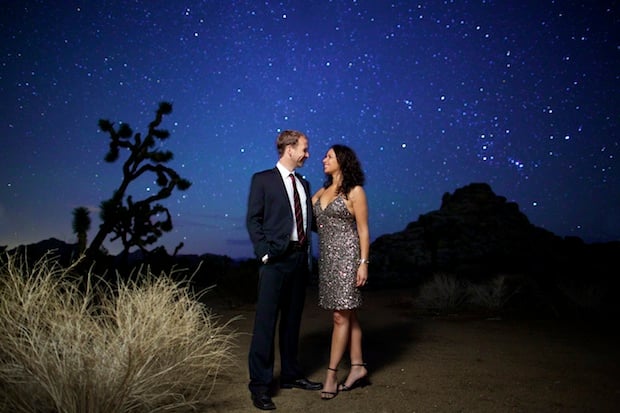 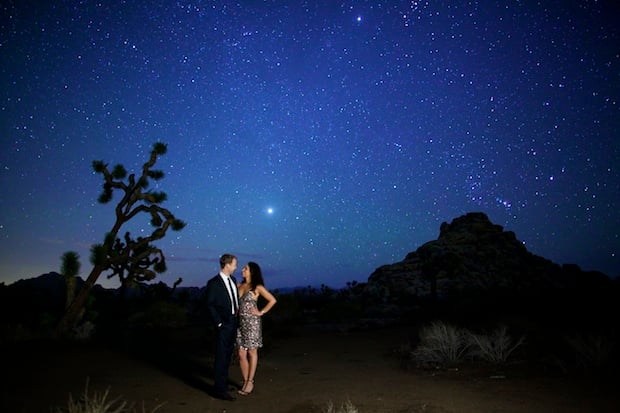 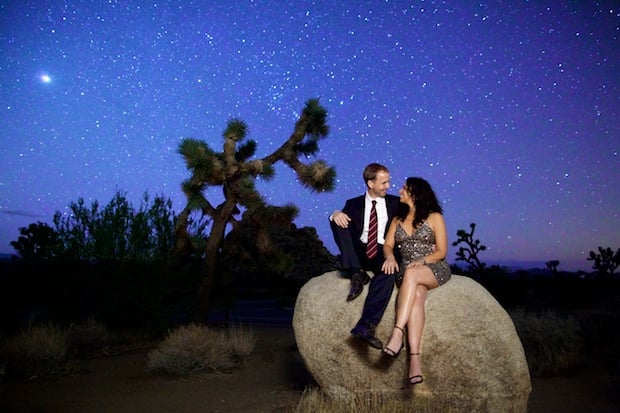 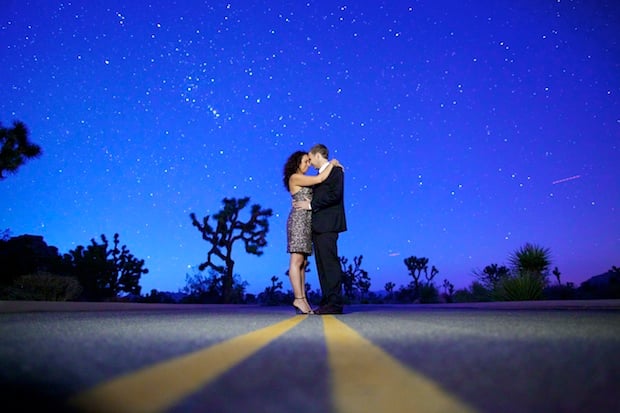 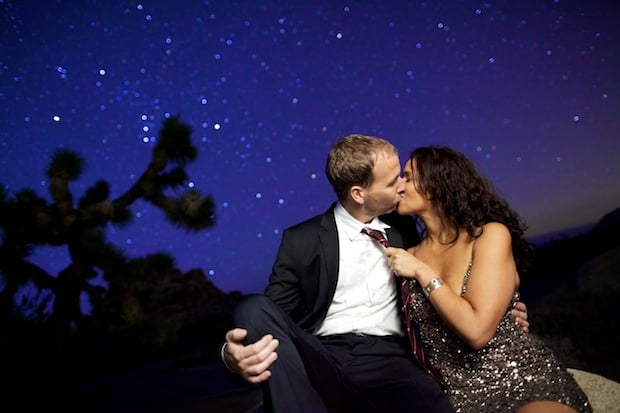 Paetz tells us that it’s getting harder and harder to find good nighttime locations for his astro wedding shots. “A hundred years ago we could all have seen skies like this from most places, but because of urbanization and electricity we have polluted our skies with light, leaving the view of the stars confined to the deserts and wild places,” he says.

Finding the right conditions is one of the big challenges for this type of engagement shoot. If the moon is too bright, the stars can be overwhelmed. If the spot is too close to a city, the light pollution affects how the night sky looks. If it’s too cloudy, nothing shows up.

One tip Paetz offers is to travel a good distance away from any major urban center — “100 miles,” he suggests. Here are some engagement photos they shot in Death Valley, which was named the world’s largest “Gold Tier Dark Sky Park” by the International Dark Sky Association back in February: 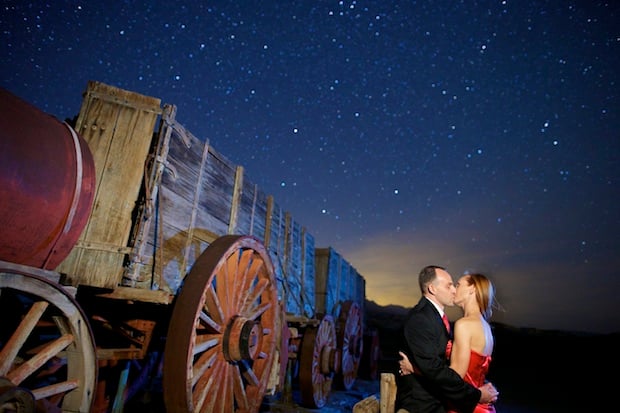 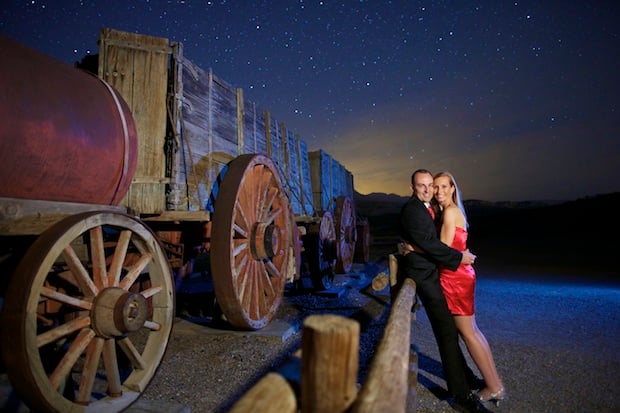 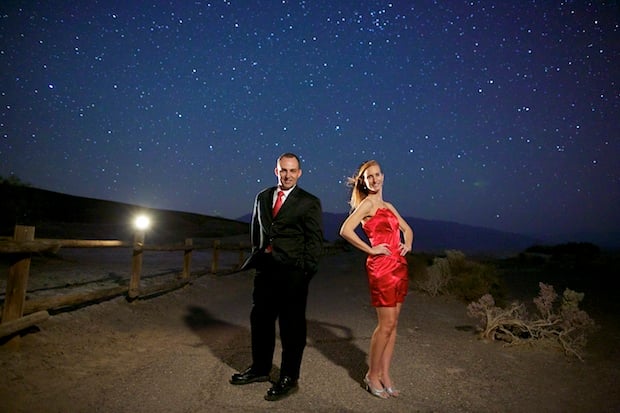 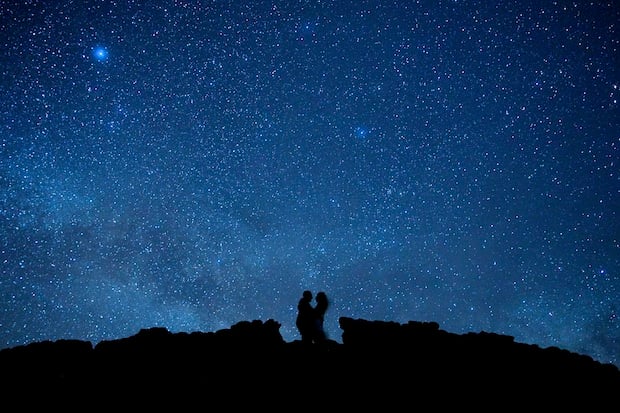 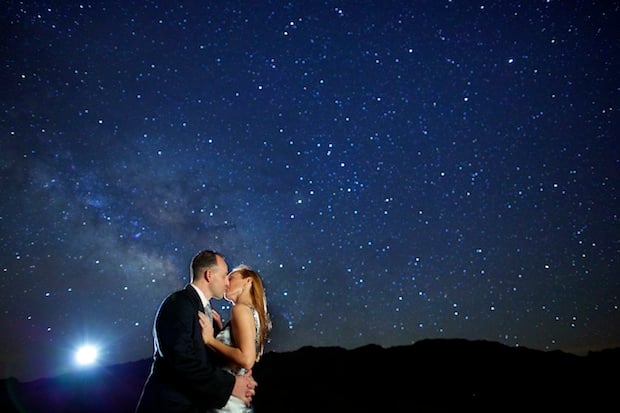 Paetz says that for his business’ astro wedding shoots, they “keep a hawk-like watch on the phases of the moon and the weather forecast.” Oh, and it helps to have trusting clients who are willing to hold still in very cold temperatures. 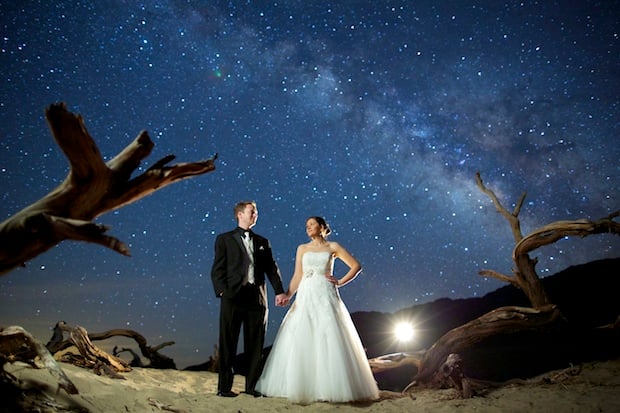 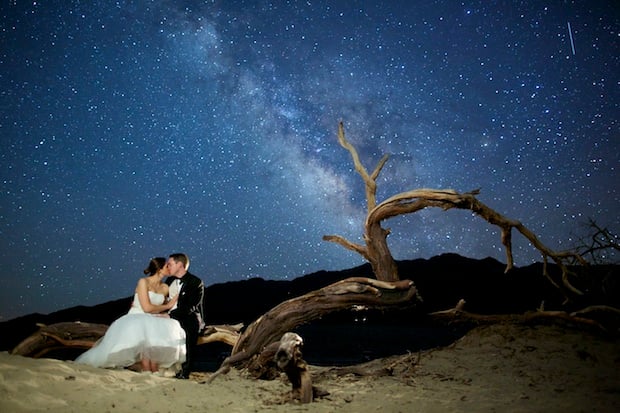 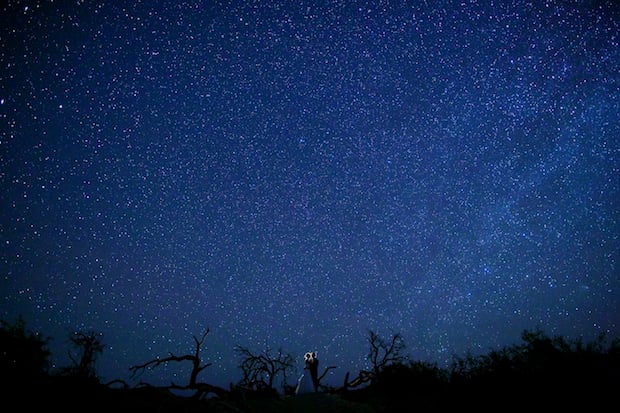 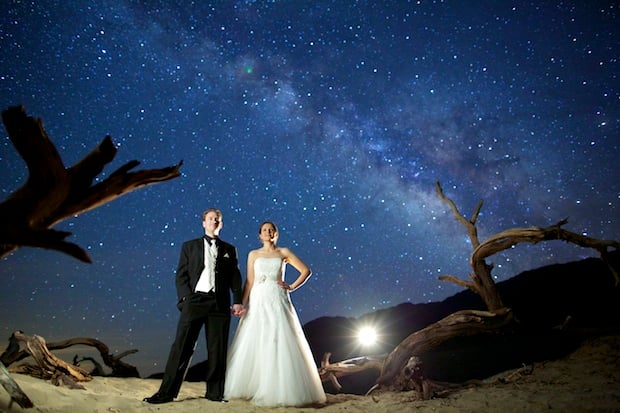 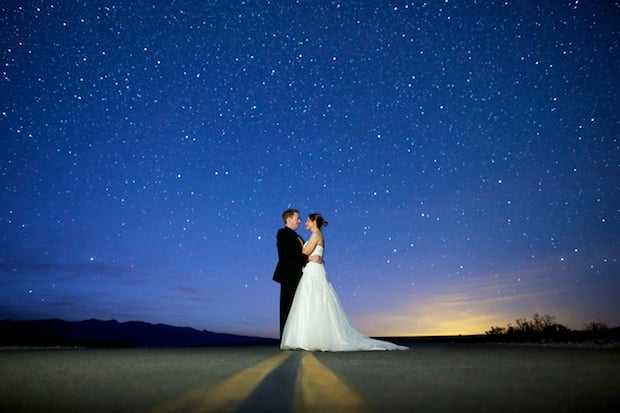 You can find more photographs by Paetz and Wong over at the Robert Paetz Photography website.

Image credits: Photographs by Robert Paetz and Felicia Wong and used with permission

Webcam Captures Volcano Explosion and Shockwave in a Time-Lapse Video

5 Great Ways to Destroy Your Camera