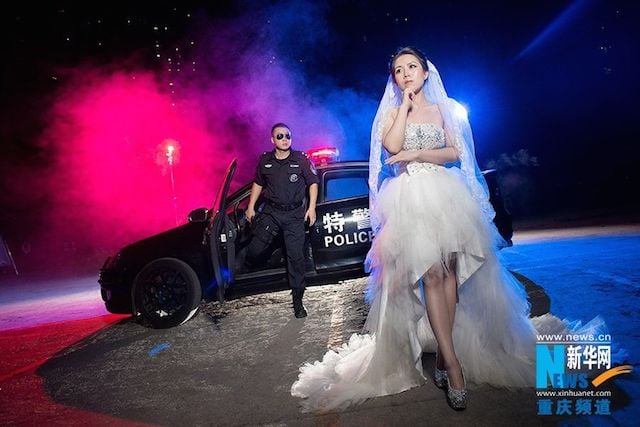 As a SWAT officer, Hou Weilin needs to be constantly prepared for any situation that may arise. Thus, when his fiancée, Li Jinyang, wanted to get engagement photographs, he was unable to do so in a studio setting, where he’d be too far distanced from his equipment and gear, should a situation arise.

As a compromise, Weilin and his fiancée used his workplace to their advantage to create some crazy, cinematic engagement photos.

With the help of the other members of his team, the action-packed photographs took form on the SWAT training grounds. From gravity-defying photographs of Weilin repelling down for a kiss to a sharp-shooter moment turned romantic, the photos were sure to catch some eyes. And they did. 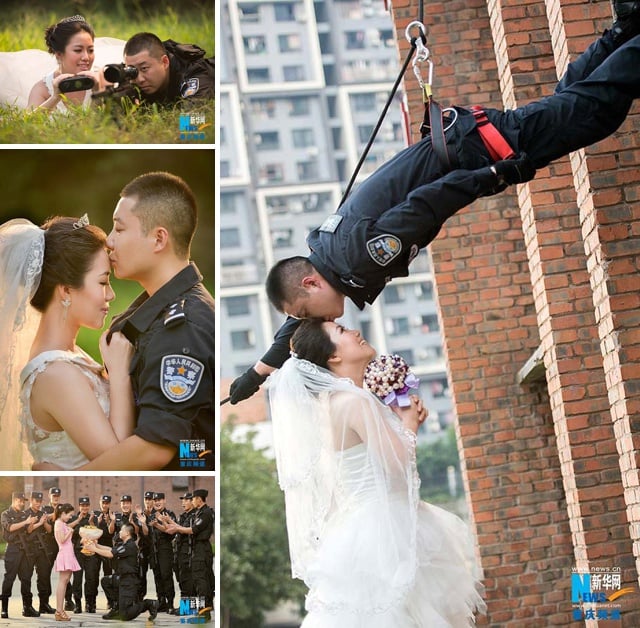 Not long after the SWAT team published the photographs on Chinese microblogging service Weibo this past Friday, the images went viral. Across all of China and beyond, viewers shared their well wishes on the Weibo account of the Chongqing Special Police Corp.

Part romantic, part bada**, this creative engagement shoot somehow manages to melt your heart and get your adrenaline pumping all at the same time. To see the full gallery of images, head on over to Ziamen.

A Letter to My 18 Year Old Self: If I Started Street Photography All Over Again