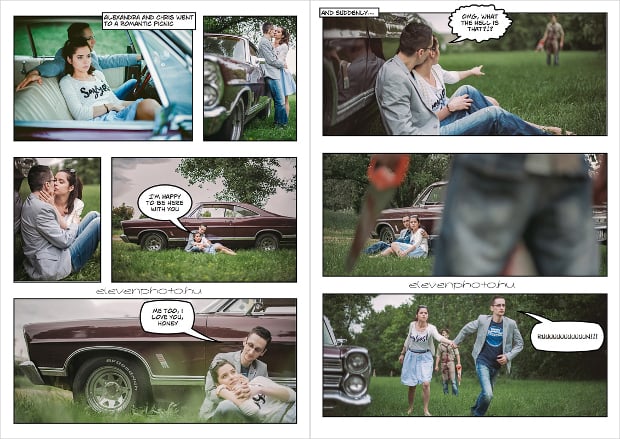 The company behind the photos is Hungary-based engagement and wedding photography group ElevenPhoto. And when Alexandra and Chris came to them with the idea of doing a horror-themed engagement shoot, they thought they could do one better.

They took the resulting photos and turned them into an comic strip complete with bubbles for talking, thoughts and sound effects. Here’s what turned out: 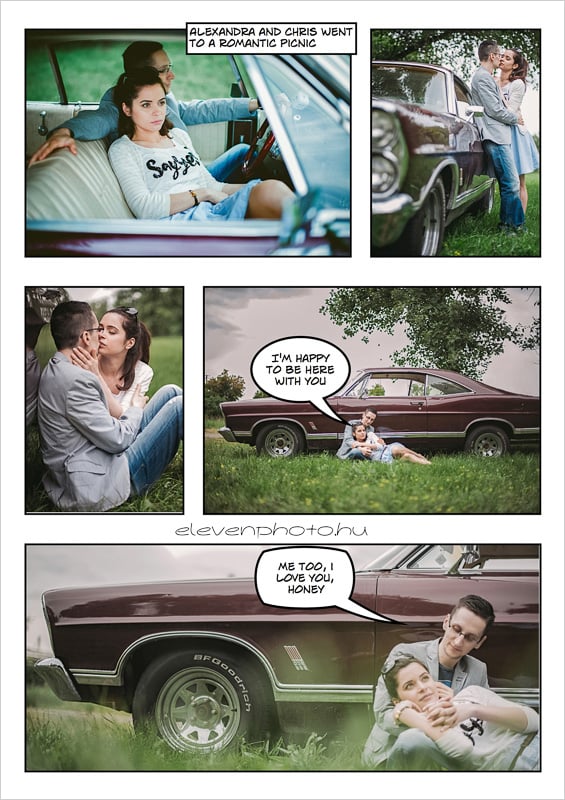 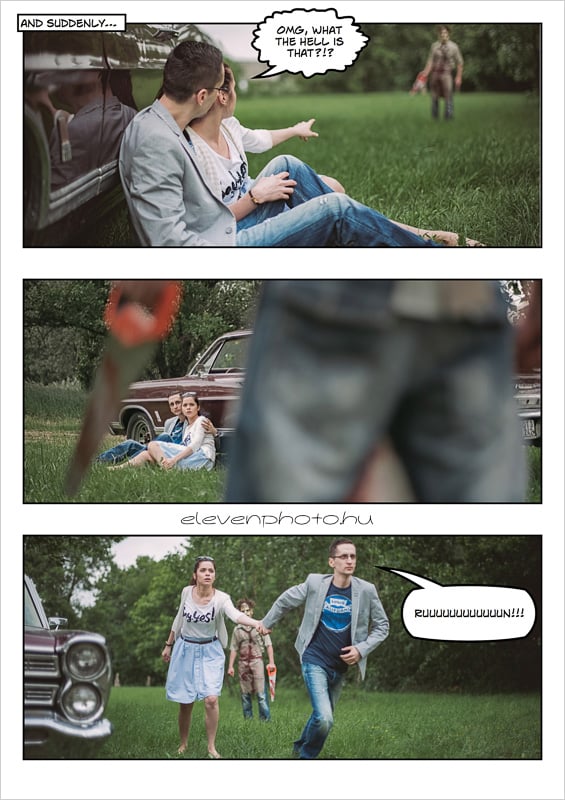 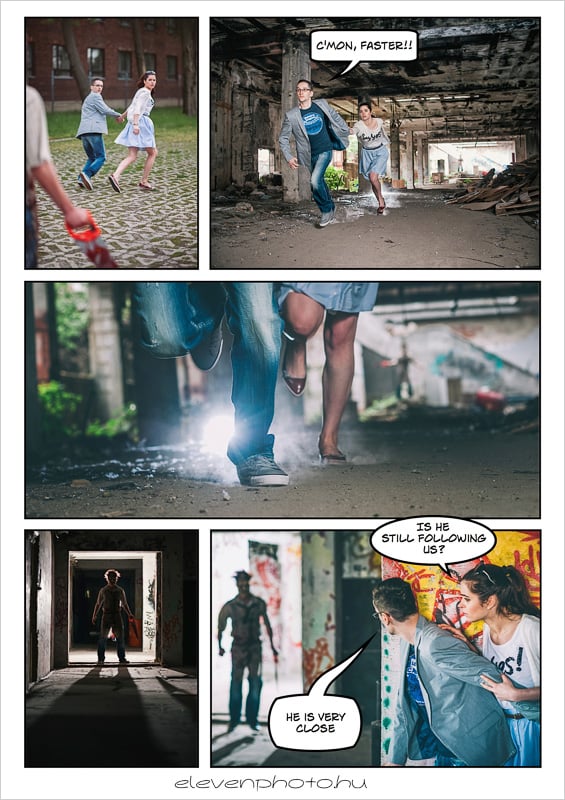 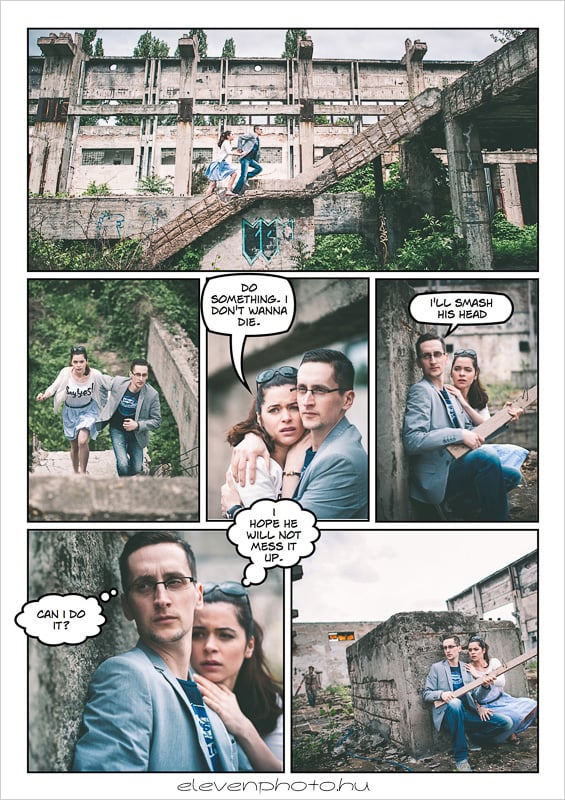 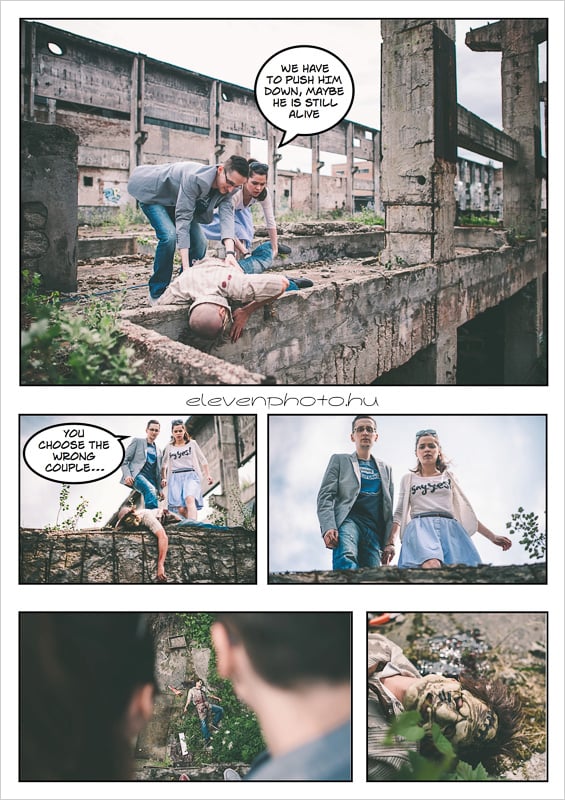 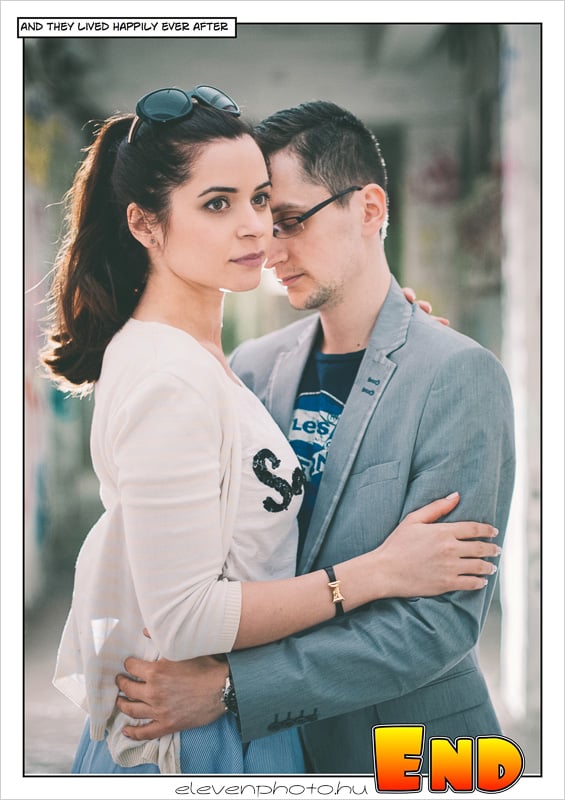 You may or may not be impressed by their particular comic, but the idea is interesting. It’s certainly not something we run across often, and there are probably more than a few folks who wouldn’t be opposed to breaking out their own personal engagement comic every time someone asked to see photos.

To see more from ElevenPhoto, visit their website by clicking here. And if you liked the idea of horror-themed engagement photos, check out this zombie-themed shoot we featured back in 2011.

Image credits: Photographs by ElevenPhoto and used with permission.

How to Clean Up Your Old Cameras